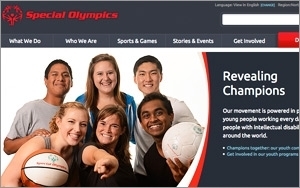 It’s probably a message that most of us heard from our parents as children. And coming from parents, for many it probably didn’t sink in. But like other words in the English language, retarded -- if used in a casually pejorative way -- can be very hurtful.

On Thursday (April 3) for four hours, comics from the Upright Citizens Brigade Theater took over @EndtheWord, the Twitter handle for Special Olympics’ campaign to end use of the hurtful use of the “R-word.”

In an effort to both educate and entertain, the improv comics engaged with Twitter users to humorously suggest they not use the R-Word so callously. And they also invented new words for people to incorporate into their vocabularies instead.

Called the “R-Word Exchange,” the campaign was developed by Y&R and VML New York and Special Olympics to highlight the harmful impact that the casual use of the term can have on the intellectually disabled.

From noon to 4 p.m. ET, an ensemble of UCB Theater comics, along with Special Olympics athlete Katy Sanchez, assembled at the Y&R/VML New York office to scan Twitter for mentions of the word “retarded.” They tweeted a mix of written responses and Vine videos defining new made-up words, while also occasionally pointing out existing r-words that might serve Tweeters better, such as “rock star,” “resourceful” and “respect.”

The response was huge. An estimated 200,000 people saw the @EndtheWord R-Word Exchange, with 1,200 engagements (replies, retweets, favorites, etc.). Words invented and shared socially included: Blerk, which means “respect for smells,” Dellio, which means “candy dreams,” and Fremjar, the act of putting a country on any continent you think it belongs.

The campaign to “Spread the Word to End the Word,” of which this R-Word Exchange is the latest installation, asks people to pledge to stop saying the R-word as a starting point toward creating more accepting attitudes and communities for all people.

One of the Vine videos from campaign featuring Sanchez can be viewed here.