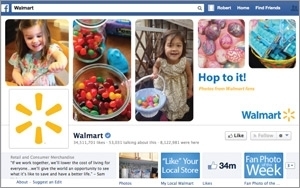 While the real value of brands' various social networks remains a mystery, it's still fun (maddening?) to compare top performers in terms of followers, engagement, and activity.

On average, the 20 most social-savvy brands had about 14.5 million Facebook fans in March, along with 1.9 million Twitter followers, and north of half a million YouTube subscribers.

In the highly unstable world of social media, however, it remains difficult for brands to maintain consistently high engagement levels, according to Michaela Bránová, data analyst at Socialbakers.

“Brands are continually updating their social media strategies, which is why we see that the top brands by post engagement rate vary month over month,” Bránová said on Monday.

Once again, phone carriers were the most “socially devoted Facebook brands” in March, Socialbakers found. T-Mobile achieved the highest response rate last year (97%) compared to the industry average of 55%.