Tablets The Next Connectivity Battleground

Consumers’ increasing need to be connected to th 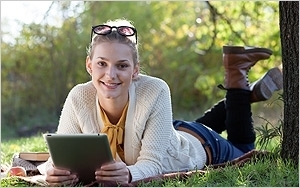 e Internet and each other at all times will lead to a boost in mobile broadband connectivity, led by the growing tablet market.

The tablet growth will come at the expense of USB stick modems and standalone mobile hotspots, which had been popular in previous years, but have recently seen market share dying off. The reason: more people are using their smartphones as mobile hotspots, Akyuz says.

“We’ve definitely seen an increase in awareness and usage of that feature,” he says.

The upshot is that more and more wireless carriers will begin pushing tablet connectivity to their subscribers, particularly as the smartphone market reaches saturation, Akyuz says.

“Tablets are the next subscriber battleground for the carriers,” he says. “They’ve realized this was a growing category and have been selling [customers] to add a tablet to their cellular plan.”

AT&T currently leads the market in active tablet connections, but Akyuz says Verizon Wireless is likely to surpass AT&T by the end of 2015, and the competition to add tablets to existing plans could lead to decreased margins overall, he says.

“While all of this is great news for consumers who want an always-on tablet, it could drive the carrier market back into a subsidized device model just as this is beginning to fade for smartphones,” Akyuz says.