Square Looking To Plug Into Google? 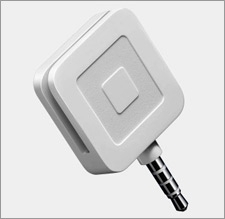 The report that mobile payments firm Square has been in secret acquisition talks with big tech players like Google, Apple and eBay, if accurate, would not be entirely surprising.

The company best known for making the small plastic gizmo that allowed small business owners to accept card payments has been among the most highly touted startups of the last few years. In addition to attracting small business owners, it has also notched bigger deals with Starbucks, and more recently, Whole Foods.

Drawn in part by the pedigree of co-founder (and Twitter co-founder) Jack Dorsey, Square since 2009 has raised a whopping $340 million in funding. That has come not just from blue-chip venture firms like Kleiner Perkins Caufield & Byers and Sequoia Capital, but individuals including Yahoo CEO Marissa Mayer, Foursquare founder Dennis Crowley, and well-known tech angel investor Ron Conway.

With that kind of backing, investors are banking on one of two exits -- a multibillion acquisition or an initial public offering, Fox Business in February, citing sources knowledgeable with the company’s finances, reported that Square was putting IPO plans on hold for this year. More recently it received a credit line of $200 million.

There is no question that Square has been spending heavily to challenge the legacy POS (point-of-sale) systems with its own technology and processing deals. In addition to expanding its operations, the company has made several talent-and-technology startups itself since last year, and in February launched another TV ad campaign.

The Wall Street Journal report Monday cites sources saying the company lost $100 million in 2013. The 2.75% fee it collects on card transactions, after paying out significant fees to card companies, has left it little to put in its own bank account, according to the report.

And TechCrunch previously reported that Square has given major retail outfits like Starbucks and Whole Foods custom deals charging less than the 2.75% rate.

For the record, Square denied it's shopping itself to Google or any other companies, although it acknowledged in a statement that it “may be an attractive target for some companies." With a reported valuation of $5 billion, it would take a deep-pocketed tech or other company to snap up Square.

Whether Square ends up being acquired, its efforts to date underscore how hard it is for even a very well-financed startup to disrupt the existing POS landscape. Unlike in the digital world, Dorsey can't just wait for network effects to kick in to build a user base that can then be monetized against advertising.

In-store mobile payments require bridging the digital and physical worlds, which requires getting risk-averse big retailers on board as well as consumers. With its own NFC-based mobile wallet offering, Google has had little success cracking the code on mobile payment at checkout.

Whether the search giant sees Square as a solution is unclear, but it's not assured that a Google acquisition would turn Square into a payments behemoth. Or vice versa.