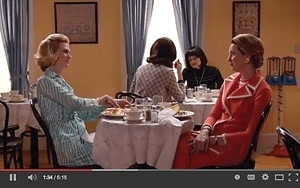 Within three to five years, new research suggests, a majority of brand marketers and agency executives expect digital video programming to become as important to their bottom line as TV programming.

That’s according to a survey of 297 buy-side executives conducted by the research firm Advertiser Perceptions on behalf of the Interactive Advertising Bureau. Yet to call the results of the survey optimistic would be an understatement.

The IAB published its hopeful study on Monday in order to build excitement for the third Digital Content NewFronts, which it established in 2012 to steer more ad dollars toward digital publishers.

The explanation behind why the Web has continued to attract more ad dollars in recent years is no simple matter. The existence of the NewFronts and other efforts by the IAB have coincided with significant digital investments by publishers, along with major improvements in the technology that allows for the distribution and monetization of their content.

As such, executives surveyed said they plan to spend nearly half (48%) of their Web video budget on “made for digital” video programming in 2014 -- up from 44% in 2012. This year alone, nearly two-thirds of advertisers (65%) anticipate that they will spend more on digital video advertising in the next year than they did in 2013.

Where is all that money coming from? Two-thirds of survey respondents said they will help pay for their digital video increases by shifting funds away from TV, while about half expect that the increase in digital video spending will be backed by an overall expansion in budgets.

To be included in Advertiser Perceptions’ survey, ad executives had to be involved in digital video or TV advertising decision-making at companies responsible for more than $1 million in total ad spending in 2014.