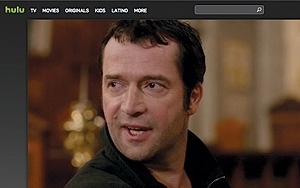 The news capped Hulu’s NewFront presentation on Wednesday, during which the video venture featured the usual slate of new programs, development deals, and ad units. Hopkins also said on Wednesday that over the next year, Hulu expects to more than triple its content marketing spend.

On the programming side, Hulu said it ordered a second season of “Deadbeat,” and set premiere dates for the second-season returns of “The Awesomes,” “Quick Draw” and “East Los High.”

Among other ad deals, Hulu said Pizza Hut has signed on to use a new in-stream purchase unit, which will allow hungry audiences to place orders for delivery or pick-up within the Hulu environment.

New cross-platform interactive ads use an algorithm that can predict the appropriate audience for brands, and then serve ads that are optimized for their current environment. Corona Extra is already on board to reach viewers via mobile devices.

With the help of design company Immersive Media, Hulu is also testing a mobile-focused 360 ad unit -- and is now receiving multiplatform measurement at an individual viewer level, including co-viewership for living room devices, with the help of comScore.

Other shows on Hulu’s slate include the teen dance drama “The Next Step,” which is expected to return by the end of May, the new season of another teen drama, “East Los High,” and the debut of reality TV satire “Hotwives of Orlando.”

Hulu also recently brought back the Chris O’Dowd comedy “Moone Boy” for its second season, along with “Doozers,” a Hulu Original for Hulu Kids.