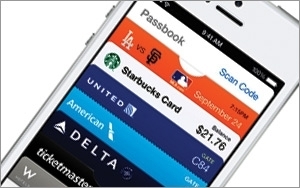 The digital wallet market remains highly fragmented, and the technology is still years away from reaching mainstream adoption, despite interest among mobile users. That was the upshot from a panel discussion among mobile experts Tuesday at the Mobile Marketing Association's New York Forum conference.

“Right now, it’s an incredibly fragmented world. Everybody’s out there with a coupon app, a loyalty app -- none of which have gotten a high degree of scale,” said Ed Busby, formerly chief commerce officer at Isis, the mobile wallet venture backed by AT&T, T-Mobile and Verizon. “So from a marketer perspective, it’s tough going.”

Indeed, Isis is among a wave of mobile wallet projects launched in the last few years with much fanfare, but little so far in the way of broad consumer use. Other companies that are staking a claim in the space include Apple, Google, PayPal, major card companies like MasterCard and Visa and a consortium of national retailers.

The very definition of “mobile wallet” appears to be up for grabs. Jack Philbin, CEO of mobile marketing firm Vibes, highlighted research the firm conducted last year showing that people variously viewed it as a mobile tool to pay for items directly from a phone (33%), for paying for things and storing information (27%), or for storing information, and often have no idea what it is (19%).

Even on the panel, payment and non-payment wallets, with Apple’s Passbook app the best known of the latter type. Passbook allows iOS users to store boarding passes, tickets, loyalty cards and coupons in one place, but does not yet allow for direct payments. That situation may change, however, as Apple CEO Tim Cook has recently expressed an interest in pursuing mobile payments.

“I realize that there are some companies playing in it, but you still have a wallet in your back pocket and I do too which probably means it hasn't been figured out just yet,” he told The Wall Street Journal last month.

Forrester analyst Denee Carrington emphasized that digital wallets have to provide more than just payment capability to make them a more attractive alternative to physical credit or debit cards. That means features like the ability to store loyalty cards, coupons, digital receipts and make price comparisons.

Overall, 61% of people are aware of digital wallets, and 28% are using or interested in using them, according to a Forrester survey. “There’s still tremendous opportunity for education, and I would say, for delivery of value,” said Carrington.

Along with consumer education, Busby suggested that for mobile wallets to go mainstream would require either the development of common standards to create a viable marketplace or consolidation among a smaller set of players. “It’s hard to say what it will look like in three or four years,” he said.

Carrington likewise predicted it will take years for mobile wallets to reach mass adoption as banks, merchants and online platforms wrangle for control. “But over time we’ll see strong consumer adoption in certain areas where it makes sense for the consumer,” she said.