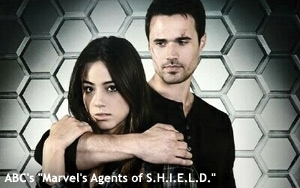 As far as new series are concerned, this has been a rather downbeat year for Fox and ABC. With so much room for improvement at both, I can't wait to see the new shows they unveil during their upfront presentations next week.

Of all the new shows Fox has introduced since last September, only autumn hit “Sleepy Hollow” (which has received an expanded episode order for next season) and the critically loved but ratings-challenged comedy “Brooklyn Nine-Nine” have survived. Everything else has been -- or is about to be -- swept from the Fox stage, and I'm happy to see all of them go -- with the exception of the funny and heartfelt military comedy “Enlisted,” which yesterday received its walking papers.

Sigh. The loss of “Enlisted” is saddening and aggravating, in that it was one of the sweetest surprises of the 2013-14 season and a show any network should have been proud to have on its schedule. That's because it frequently and very respectfully reminded viewers of the sacrifices many generations of Americans have made to keep the rest of us safe without ever being heavyhanded or preachy about it. But “Enlisted” wasn't afraid to have a little fun with the military, either, which had to be a source of great entertainment to the men and women serving in our armed forces today. Fox from the start beat up on this show: Delaying its premiere, plunking it down on Friday nights between a terrible new show and a dying old one, and then in recent weeks pre-empting it altogether even as supporters suggested that the network try it out on Tuesday or Thursday night. Perhaps there is more to this story; or perhaps this was just another series of bad choices by puzzling programmers.

Anyhow, Fox has a lot of work to do on six of its seven nights. (Saturdays just don’t count anymore.) Let's not even get into the well-documented problems it has had with all of its veteran shows. The network that was once home to “American Idol,” “24,” “House,” “The Simpsons” and “Malcolm in the Middle” at their creative peaks is looking more and more like the NBC of recent vintage, though not the Peacock at present.

Here's what has to happen at Fox: Its programming people have got to step up to the level of its marketing, publicity and promotion teams, all of which are among the best in the business. Then there will once again be no stopping this network.

Meanwhile, the other broadcaster that has always prided itself on its appeal to younger demographics -- ABC -- would seem not to have much to build upon next season, either. If not for “Scandal” and, on the occasion of an injury or spat “Dancing with the Stars,” would anyone have anything to say about the current shows on the network?

Like Fox, ABC also suffered from a largely unimpressive freshman class. A clutch of critics and bloggers continue to swoon over comedies “The Goldbergs” and “Trophy Wife,” but they could both be so much better. “Marvel’s Agents of S.H.I.E.L.D.” has picked up a bit of narrative steam in recent weeks (thanks to the whole Hydra thing), but only after telling the dullest stories imaginable for several months. This show -- arguably the most disappointing new series of 2013-14 given its Whedonverse pedigree and the rich history of Marvel Comics -- needs a tip-to-toe makeover, and fast! The only thing working in its favor right now is that it is tied with NBC's far superior “The Blacklist” as the No. 1 broadcast drama of the season among men 18-34.

Despite the apparent dullness surrounding this once shiny network, there are many positive notes to report: ABC still boasts the two best family-focused comedies on television in “Modern Family” and “The Middle,” it still has the most popular drama among adults 18-49 in the supernaturally durable “Grey’s Anatomy” and it has one of the hottest reality series in “Shark Tank.” Also, late-season arrival “Resurrection” has done well and will likely grow next season. It currently ranks No. 9 among all broadcast series this season in the 18-49 demo, right behind supernova “Scandal.” (“Resurrection” was my pick last fall as the best new drama of 2013-14. I still wonder why ABC held it off for so long in favor of such dreck as “Lucky 7” and “Betrayal.”)

The tail end of the 2013-14 season has been better for ABC than were the fall and winter months. For example, since the end of the Winter Olympics, it has been No. 1 more often than not among adults 18-49 and is currently on its longest winning streak in that demo since the beginning of the 2007-08 season.

One might also point out that most of ABC’s regularly scheduled entertainment series enjoy a healthy boost from DVR usage and live+7 ratings, but isn’t that true of almost every entertainment show on every network?

Here’s what has to happen at ABC: Its scheduling department has to wake up and give the television audience what it wants, at which point it will strengthen several nights. To begin, “The Goldbergs” or “Trophy Wife” or both should be relocated to Wednesday alongside “The Middle” and “Modern Family.” “Shark Tank” should be moved from Friday to Thursday, which would weaken ABC’s Friday schedule but greatly strengthen its far more important Thursday lineup. If it can be improved -- and there is no reason why that can’t happen -- “S.H.I.E.L.D.” could be a great booster for Friday night or even a good choice for the Sunday 8 p.m. time period.