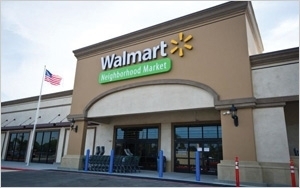 While the brutal winter gave retailers plenty to kvetch about in first-quarter reporting, JCPenney announced surprisingly strong sales, Nordstrom beat its earnings forecast, and Macy’s brass says it’s more optimistic about what’s ahead. But at Kohl’s and Walmart, the outlook wasn’t nearly as upbeat.

First, the good news: After several years in what looked to be a kind of retail death spiral, JC Penney posted first-quarter comparable-store sales increases of 6.2%, its second consecutive quarter of growth, crediting its new marketing for the turnaround.

"It is clear that our efforts to re-merchandise many areas of the store and revamp our messaging to the customer are taking hold,” says Myron E. (Mike) Ullman, III, CEO, in its release. “Despite a difficult retail environment, our strong performance during the Easter holiday period and other key promotional events enabled us to deliver better than anticipated sales results. We expect to carry this momentum into the second quarter as we continue to position the company for long-term profitable growth."

The Plano, Tex.-based retailer says it expects next quarter’s sales gains in the mid-single-digit range.

Nordstrom also beat expectations, with first-quarter net earnings of $140 million compared with $145 million for the same period last year. (The decrease is due to investments in its digital platforms.) Total sales rose 6.8% to $2.8 billion, and comparable-store sales climbed 3.9%.

Macy’s saw sales decline 1.7% to $6.28 billion, or 1.6% on a comparable-store basis. While it cited the lingering winter as a problem, it says traffic picked up as spring wore on, making it more upbeat about the months ahead. “The fundamentals of our business and our ongoing strategies remain strong,” says Terry J. Lundgren, Macy’s, Inc. chairman and chief executive officer. “This, combined with the momentum we have built over the past five years, leads us to feel confident about the company’s prospects.”

The news was more subdued at Walmart, however, which says its net sales increased 0.8% to $114.2 billion. Net income dropped 5% to $3.6 billion. And as the company had predicted, same-store sales were essentially flat. It marks the fifth quarter of declines in a row for the Bentonville, Ark.-based company. And comparable traffic rates at stores fell 1.4%.

“Like other retailers in the United States, the unseasonably cold and disruptive weather negatively impacted U.S. sales and drove operating expenses higher than expected," says Doug McMillon, Wal-Mart Stores, president/CEO, in its announcement.

One bright spot was its new Neighborhood Markets, a smaller store concept. There, the company says, comparable-store sales saw a 5% bump.