For Brands, Apps Are A Big Bust 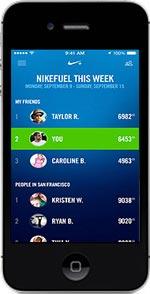 Although awareness of mobile’s ability to drive sales has never been greater, a new report on brands’ mobile and tablet use finds that marketers are still targeting smartphones with dumb strategies.

“For brands, there’s still a pronounced disconnect,” says Colin Gilbert, research director at L2 Think Tank and co-author of the report. “If you look at it with a glass-half-full perspective, it’s worth noting that 80% of brand sites are mobile optimized, so the majority are making the investment.” But if you look at the amount of the investment, the return, and the goals, he tells Marketing Daily, there’s plenty of digital disarray.

Apps are one of the biggest examples, he says. “You can see how a marketing exec would look at the stats and say, '85% of the time consumers spend on smartphones is with apps, so we need an app -- fast.’ But the reality is that three-quarters of that time is spent on gaming, Facebook, YouTube or social messaging.” No wonder almost 40% of brand apps have never even been reviewed by a user, and only 6% remain active on a featured list, he says.

You’d think brands would be less likely to release apps as a result, but the report found that the reverse is true -- and brands are racing to the app graveyard: Nearly a third of the 304 apps reviewed in the study were less than 15 months old, “reflecting steady investment and a high degree of churn.” Of the 97 apps released since January 2013, only 10 average one or more ratings per week, while also maintaining a three-star status. “There’s this 'fire and forget' mentality, since apps are easy investments to make, with a new campaign or collection. But very few had sticky functionality.”

There are also many missed opportunities on tablets, with 90% of brands relying on their desktop experience rather than a version optimized for tablet use. And one in seven brands has broken or unusable elements when loaded on an iPad. Yet tablets are the preferred mobile device for pre-purchase research, and matter more than smartphones for second-screen viewing. (While roughly an equal share of tablet and smartphone owners -- 40 versus 46% -- report using their mobile devices while watching television, tablet owners are 1.5 times more likely to buy a product being advertised, the report says.)

Even email is problematic. While the number of emails opened through mobile phones has increased 21% and more than half of all marketing emails are opened on phones, click-through rates are still low. That’s not much of a surprise, considering that just 56% of retailers' email meet readability standards for mobile.

L2’s research focused on four areas -- mobile sites, tablet optimization, digital marketing and mobile apps -- and included 126 brands across fashion, retail, beauty, watches and jewelry. In addition to assessing the pace of investment, it was also looking for pockets of innovation, with brands like Nike, Home Depot, Macy’s and Crate & Barrel emerging as the best in creating experiences that "are consistent across channels, yet play to the different, specific strengths of each device."

Department stores have a bit of an innovative edge because they have done better at integrating camera functions, barcode scanning, and mastering just how data a smartphone can effectively retrieve over an in-store wireless connection. Sportswear companies, such as Nike and Adidas, have a higher level of expertise thanks to their devoted wearables audience -- shoppers who have already made a big digital commitment to the brand.