iPhone Users Allowed To Proceed With Lawsuit About Address-Book Uploads 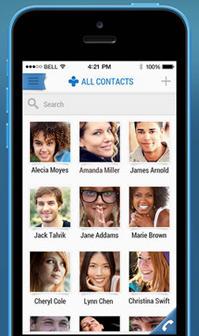 Path, Hipster and 12 other app developers can't shake a class-action lawsuit accusing them of violating consumers' privacy by uploading their address books.

U.S. District Court Judge Jon Tigar in the Northern District of California ruled last week that the consumers can proceed with claims that the app developers engaged in “intrusion upon seclusion” by allegedly surreptitiously uploading consumers' address books.

Path and the developers had urged Tigar to dismiss those claims for several reasons, including that consumers can only proceed with privacy allegations when a “highly offensive” violation has occurred. The developers argued that that uploading contact lists isn't offensive enough to warrant a lawsuit.

Tigar disagreed. “While the Court recognizes that attitudes toward privacy are evolving in the age of the Internet, smartphones and social networks, the court does not believe that the surreptitious theft of personal contact information -- which is what the [complaint] alleges -- has come to be qualified as 'routine commercial behavior,'” he wrote in an order issued on Wednesday.

Tigar added that some of the allegations helped to trigger a Federal Trade Commission investigation of Path. “Plaintiffs allege that consumers, the media, the Federal Trade Commission and Congress have closely scrutinized the practices at issue in this case because of concerns that the practices were inappropriate,” he wrote. “The Court cannot conclude as a matter of law that defendants’ copying of plaintiffs’ address books was not 'highly offensive.' That question is best left for a jury.”

Tigar dismissed a number of other claims that the consumers raised, including allegations that the developers violated the federal wiretap law. The judge also dismissed all of the consumers' claims against Apple, which was sued for allegedly misrepresenting its app store policies; the company allegedly promised consumers that apps “run in a safe environment” and aren't capable of accessing data from other apps. Tigar gave the consumers the opportunity to beef up all of the dismissed counts and file an amended complaint.

The dispute dates to March of 2012, when Texas resident Marc Opperman and a group of other smartphone users sued a host of tech companies that allegedly uploaded mobile address books from iPhones. The allegations stem from a series of 2012 reports detailing gaffes by app developers. The first came from developer Arun Thampi, who blogged that the mobile social network Path collected users' contacts without informing them.

Path CEO Dave Morin apologized in a blog post and said Path had deleted the data. Soon afterward, reports emerged that other mobile companies, including Hipster and Twitter, were downloading and storing users' address books. Path also was targeted by the FTC, which accused the company of deceiving users by uploading their address books. Last year, Path settled the charges by agreeing to create a comprehensive privacy policy.