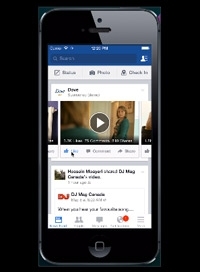 Facebook is expanding its new video ads beyond the U.S. to countries including Australia, Brazil, Canada, France, Germany, Japan and the U.K.

The international launch comes two months after Facebook introduced the 15-second video ads that play automatically in users’ news feeds with the sound muted until clicked on. The social network began selling the ads in March to a handful of marketers, including Progressive Corp and NBC Universal.

The company has indicated that early results have been encouraging, but has declined to provide specifics so far. During Facebook’s first-quarter conference call, COO Sheryl Sandberg said video “represents a big opportunity, really driven by consumer behavior.”

In a blog post Tuesday, Facebook emphasized it was still rolling out video ads gradually to avoid alienating users.

“We’ll roll out Premium Video Ads slowly and monitor how people interact with them. This limited introduction allows us to concentrate our efforts on a smaller number of advertisers with high-quality campaigns to create the best possible experience on Facebook. People can expect to begin seeing these new ads over the next few months,” it stated.

Facebook confirmed that most of the video ads in international markets will not begin to air on the social network until September while it works with marketers to ensure that spots meet its quality standards. Even so, some commercials that pass muster could begin appearing in June in connection with the World Cup soccer tournament.

A Facebook spokesperson declined to name any marketers the company is working with on video ads outside the U.S.

Along with its video offering, Facebook is also extending the new video ad metrics and reporting capabilities globally that it announced earlier this month. In addition to video views, measurement covers things like the average length of views and the number of times a video was watched nearly to completion.

Even without revenue from the new video ads, Facebook in the first quarter saw revenue increase 72% to $2.5 billion. Almost 60% of the $2.27 billion in ad revenue overall came from mobile advertising.