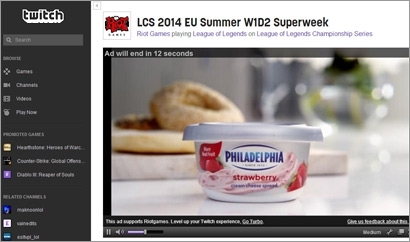 Google doesn't need to acquire Twitch if it wants to allow YouTube visitors to play video games streaming from the site -- but it does if the company wants to augment the site with live competitions supported by advertising.

Similar to YouTube, Twitch generates revenue by selling ads. Twitch, which launched in 2011 and moved out from under the Justin.TV umbrella, now reaches 45 million visitors monthly. The service has more than one million people creating game-play videos, which can then be viewed by other Twitch users. The platform allows users to broadcast, watch, and talk about video games. Most of the content is user-generated and free on Twitch.

YouTube serves as a platform for video game play, but it doesn't have the same community or following as Twitch. Think also of the possibilities to stream the content through Google Glass. Despite the deal, Google will need to perfect live streaming video games to capture the audience.

The San Francisco fledgling Twitch has caught the attention of tech companies and Google. It was reported this week that YouTube wanted to acquire the Web startup for $1 billion. Twitch may not appeal to everyone, but those who play "Call of Duty" or "Minecraft" would likely want to see the deal go through.

There are other companies hosting game play on YouTube. Kabam is allowing visitors to preview their latest title Blades of Excalibur hosted on YouTube. The full version is scheduled for release next month. Gamers can visit the page to test the game to battle it out against other players or the computer.

The game comes from China where it was called "Three Kingdoms Action," and developed by Joy You, a four-year old Shanghai publishing house. The original version generated more than $100 million in revenue last year. Rather than China, the new version sets game play in mythical Medieval England, with King Arthur aided by the wizard Merlin and the Knights of the Round Table, along with dragons and monsters that stalk the land.