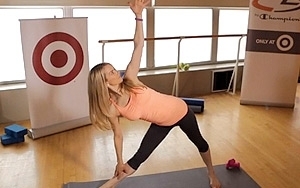 While the fallout from Target’s big data whoops last December is still raining down on the Minneapolis retailer, including disappointing financial results, it looks like consumers are—more or less—ready to forgive and forget.

A poll from Bloomberg reports that 85% of Target customers say they intend to spend just as much money at Target this year as they did last year, and 7% say they actually plan to spend more. (That leaves 7% cutting back on spending, and just 1% undecided.)

And the latest tracking numbers from the YouGov Brand Index confirm the brand is rallying. While it bottomed out with a -33 in mid-January, it had rallied to 17 by late April, although the latest numbers show it falling to 10 this week. That score is based on asking consumers, 18 and over, if they’ve heard anything about the brand in the last two weeks, through advertising, news or word of mouth, and whether it was positive or negative. Prior to the data breach, Target typically scored around 24.

But increasingly, it’s clear that Target’s problems are bigger than debit security. Its search for a new CEO is ongoing, and it has announced that it is replacing the head of its Canadian division, which has been a weak spot for some time. It just reported that while overall first-quarter sales rose 2.1% to $17.1 billion, and  0.2% in the U.S., they declined 0.3% on a comparable store basis. And net earnings fell 16% to $418 million, disappointing investors.

It lowered its earnings forecast for the year, reiterating that it is still unable to estimate the financial damage caused by the breach.

“First-quarter financial performance in both our U.S. and Canadian segments was in line with expectations, reflecting the benefit of continued recovery from the data breach and early signs of improvement in our Canada operations,” says John Mulligan, CFO and interim president/CEO. “While we are pleased with this momentum, we need to move more quickly. As a result, we have made changes to our management team and are investing additional resources to drive U.S. traffic and sales, improve our Canadian operations and advance our ongoing digital transformation.”