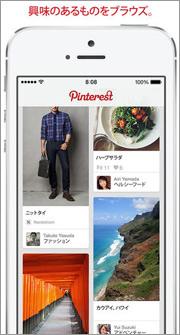 Dentsu, the Tokyo-based ad-marketing holding company, has struck an alliance with Pinterest Japan.

Under the terms of the agreement, Dentsu will serve as Pinterest Japan’s “strategic partner.” As such, it will provide consulting services designed to help the operation expand, including providing the social network with insights into the Japanese market and  strategies to foster growth.

Dentsu said it would assist Pinterest Japan with PR and other awareness-raising endeavors and propose ways that advertisers and media companies might utilize the social network.

According to a January comScore report, Pinterest had an estimated 60 million monthly users worldwide.

The Dentsu-Pinterest deal is the latest accord struck between a holding company and a social network. Earlier this week, Publicis Groupe and Facebook revealed a major expansion of a working relationship that began three years ago.

In March, Omnicom and Instagram (now owned by Facebook) unveiled plans to work together. WPP companies and Twitter have struck a number of deals, the most recent being an agreement announced in March between WPP research unit Kantar and Twitter to collaborate on new research products in the areas of advertising effectiveness, consumer insight, brand equity, customer satisfaction and media measurement.