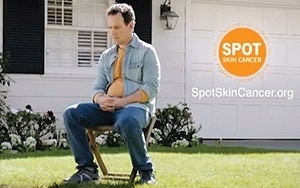 Rite Aid is again taking its skin-loving message to the people, sponsoring the Skin Cancer Foundation’s Road to Healthy Skin Tour for the 7th year running.

The tour, which uses a 38-foot RV equipped with two private exam rooms, recruits local dermatologists, who provide free full-body cancer screenings. Exams are offered on a first-come, first serve basis, and take about 10 minutes. But the tour is also a vehicle for skin cancer awareness, and aims to educate the public about cancer prevention.

Rite Aid says that since 2008, the tour has logged 100,000 miles, diagnosing more than 7,000 suspected cancers and pre-cancers along the way. That includes more than 300 cases of melanoma, the most deadly type.

In all, there are some 3.2 million cases of skin cancer detected each year. Concern about skin cancer has turned sunscreen into a $1.3 billion industry, led by such brands as Coppertone, Hawaiian Tropic and Banana Boat.

But not all demographic segments are as aware of the dangers as others. This year, for example, the American Academy of Dermatology is running a new PSA aimed at men 50-plus, who are at higher risk than the general population, gently poking fun at them for worrying more about spots on their lawn than spots on their skin. (By some estimates, only 4% of men use sunscreen every day.)

And although many women use sunscreen every day, either in the form of moisturizer or makeup, most -- 52% -- still grade themselves with a C or lower on their suncare habits, according to a new survey from L’Oréal Paris and the Melanoma Research Alliance. And while people of all skin tones are at risk of melanoma, many African-American women (36% vs. 39% in 2013) and Hispanic women (23% vs. 31% in 2013) continue to grade themselves a D or F.