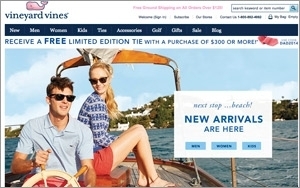 Pinterest has added a do-it-yourself (DIY) Promoted Pins tool that allows businesses to promote Pins and traffic clicks back to their Web site. Some view it as a tool that can generate leads. The Promoted Pins become available on a cost-per-click basis through the ad system on the site.

Pinterest created business accounts 18 months ago. Since then the company has begun to roll out advertising options and analytics tools. DIY Promoted Pins tool was tested with a small group of businesses, including vineyard vines, Nicole Miller and Shutterfly.

The tool works similar to Google AdWords in that marketers use it as a self-service option. It enables anyone to bid to promote a pin, and have their paid ads run alongside organic search results. Today, Promoted Pins are reviewed by a Pinterest team member to ensure they meet specific guidelines and standards.

In May, Pinterest explained plans to work with a small group of brands to roll out a paid test in its search and category feeds. At that time the social site estimated more than 30 billion pins on its site. ABC Family, Banana Republic, Expedia, Gap, General Mills, Kraft and others participated in the first U.S. test.

Along with Promoted Pins, Pinterest also updated its analytics platform and will roll it out slowly. The tool is intended to give marketers more insights to determine when and what to Pin. It also allows marketers to see how Pins perform and determine which boards drive the most impressions, clicks and repins, as well as Pins that drive engagement across platforms.

Pinterest promotes an easy four-step process: promote the best Pins so they appear in search and category feeds, set up targeting so the right people see it, only pay when people click through to the Web site, and then analyze the results with the new upgraded analysis tool.

About 34.9 million U.S. Pinterest users accessed the site at least once each month in 2013, with estimates that will grow to slightly more than 40 million this year, per eMarketer. The majority of the users are female -- about 30 million in 2013, compared with 4.9 million male users. About two-thirds of Pinterest users in 2013 were between the ages of 18 and 44.