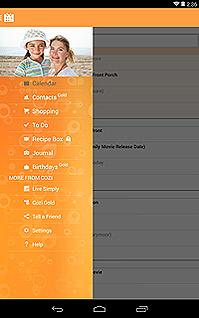 Time Inc. is bolstering its digital media presence as it prepares to complete its spinoff from corporate parent Time Warner, most recently with the acquisition of Cozi Inc., which operates a digital scheduling platform that helps families create shared calendars and organize their activities. Terms of the deal were not disclosed.

Cozi CEO and other key execs are staying with the company, which retains its separate brand identity.

Based in Seattle, Cozi was launched in 2005 by former executives from Microsoft and Amazon, and currently has over 10 million users, according to the companies. The platform allows multiple family members to manage appointments, schedules, shopping lists, household chores and other day-to-day activities in one place via a single account.

According to an internal memo from Time Inc. CEO Joe Ripp, Cozi is a “strategic fit” for the publisher because it provides “an attractive opportunity to combine content from our brands like Real Simple with these interactive tools and products, ultimately giving us a much deeper level of engagement with this important audience. We also believe that Cozi’s organizational products can be applied more widely across our portfolio of brands,” including Time Inc. publications and products targeting “travel buffs, sports enthusiasts, or food lovers…”

Layoffs Hit All You, People

Time Inc. is also wielding the axe as the spinoff looms, with a small number of layoffs at People and some executive departures at All You, according to Ad Age, citing an internal memo from the company. Around a dozen positions were trimmed at People, while Diane Oshin, who served as group publisher of All You and Cooking Light, is also leaving the company.

Insert “little bit of country, little bit of rock’n’roll” joke here. Rolling Stone is making a big foray into one of the nation’s most popular music formats with the launch of Rolling Stone Country, a new Web site devoted to all things twangy. The new site is backed by a new Rolling Stone office in Nashville and is being promoted with a special Country issue of the print magazine, due out June 6. The editorial staff includes veteran country music reporters Beville Dunkerley and Joseph Hudak, both serving as senior editors.

WSJ. Magazine is launching two new editions targeting Latin American audiences -- one in Spanish (WSJ. Magazine América Latin) and the other in Portuguese (WSJ. Magazine Brasil). The magazines will be published on a roughly quarterly basis, with the first four issues set to appear in October 2014, December 2014, April 2015, and July/August 2015. These editions will reach an audience of over 95,000 affluent readers in Argentina, Brazil, Chile, Colombia, Mexico and Panama, via distribution deals with influential local newspapers.