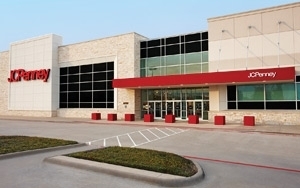 Being well known is not necessarily being well liked, and brands that one would expect to be on a “most familiar” list are not necessarily the most respected. Especially when those polled are business decision makers.

Thus, some of the consumer brands topping the list of CoreBrand's "Most Familiar Brands of 2014" would probably wish they were somewhere else. And some of the best-loved -- and even most ubiquitous -- brands aren't there at all.

The report, based on a poll of the senior executives in the largest 20% of companies in the U.S. based on revenue, uses a five-point scale in which "familiarity" assumes a knowledge of the company beyond name recognition. The first two points -- “one” being unfamiliarity and “two” meaning the respondent only knows the name -- are given no statistical weight at all.

The firm makes the point that the differences in scores among the higher-ranking brands aren’t that great. The top brand has a score of 96.9, while the 10th-place company is 94.5, and even 20th place is a 93.

But the perceptual differences are great. Kardashian-like, J.C. Penney and Walgreens are high on the list on the strength of negative values: J.C. Penney's dysfunctional management and inconsistent branding and Walgreens' being slammed for not dropping tobacco products as CVS did have driven their high familiarity ranking.

Coca-Cola and American Express, on the other hand, "both have well-known and focused corporate brands; they are meticulously managed and very consistent in presentation, with a long heritage," says the report.

It also emphasizes that even though the respondents are both executives and affluent consumers, "they tend to place a greater emphasis on how the company performs financially and how the company’s management team performs than the general consumer audience."

Further down the list are the brands one would think should be on top: Microsoft is 13, right above Starbucks, which is above Target and Apple. Google is at 20th place. “One explanation,” says the report, “Is that to top the list means you have to have a high proportion of respondents rate your brand as a 5, meaning they say they know the corporate brand very well. Sometimes turmoil or uncertainty can cause respondents to rate the company as a 4 instead.”