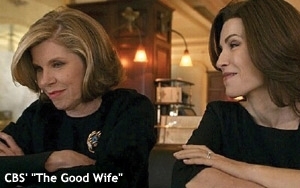 We are nearing the end of the two-week period in which voting members of the Academy of Television Arts & Sciences choose nominees for this year’s Emmy Awards. The nominations will be processed during the next three weeks and announced on the morning of July 10. The awards themselves will be televised by NBC on Monday, August 25, during the dog days of summer -- ensuring that they won’t interfere with the network’s Sunday night NFL football franchise and also that there will be minimal interest in the awards this year.

Even if the Emmys are likely to be an anticlimax of sorts because of their scheduling, that won’t compromise the excitement leading up to and immediately following the announcement of the nominations. All of that hinges on the choices voting members are making this week. So here’s a handy guide designed to help them (and all interested parties) recall the shows and performances from May 31, 2013 through May 31, 2014 that deserve recognition. (Note: A series must have telecast more than half of its current season episodes prior to the May 31 cutoff date for it to qualify for nominations. That’s why FX’s “Fargo” is included below, while Fox’s “24: Live Another Day” is not.)

Today’s column calls attention to worthwhile drama series and dramatic performances that should not be overlooked. Advice about comedy series will follow tomorrow.

These are the most deserving nominees in this category, even if the inclusion of half of them doesn’t feel quite right. For example, “Breaking Bad” was honored last year for the first half of its final season, which some people feel should be recognition enough for that season as a whole. Similarly, a nod for “Mad Men” only acknowledges the recently seen first half of its final season. Who knows what the second half will bring? Maybe the Academy should consider imposing limits on how many times a series can be nominated in the same categories for the same season, even if those seasons are split.

Meanwhile, “True Detective,” arguably the most mesmerizing miniseries of the year, has been handily reclassified by HBO as a drama series for award consideration -- and also, one presumes, to keep its very talented cast from competing with the stars of its Emmy-magnet movie “The Normal Heart.” “Detective” certainly deserves recognition, but it should be competing in the miniseries category where it belongs.

The other three shows listed above -- “Game of Thrones,” “The Good Wife” and “Masters of Sex” -- are honest to goodness drama series presented in their entirety during the nomination period. In my opinion “Good Wife” stands above the rest, not simply because it offered one of the most riveting seasons of any drama series ever, but because it did so with a full run of 22 episodes, way more than any of the other shows listed here.

If a miniseries and two half-runs weren’t filling up this category there might have been room for FX’s “The Americans,” NBC’s “Hannibal” and/or AMC’s “The Walking Dead” -- three more legitimate, full-season dramas that were simply outstanding.

I suspect that Highmore and Rhys might be passed over in favor of Kevin Spacey of Netflix’s “House of Cards” and Woody Harrelson of “True Detective.” They shouldn’t be, but that’s the likely reality. Unfortunately there doesn’t appear to be room here for Hugh Dancy of “Hannibal.”

This category is as impossible to nail down as the one above. It’s hard not to include Keri Russell of “The Americans” or Robin Wright of “House of Cards” on this list, but I will.

None of these six men should be overlooked, not even in favor of Noah Emmerich of “The Americans” and Walton Goggins of FX’s “Justified,” who also had great seasons.

With apologies to Betsy Brandt of “Breaking Bad” and the ever-sensational Maggie Smith of “Downton Abbey,” these are the six women who should make the final cut in this category. (Note: Allison Janney, a seemingly certain nominee for her work in “Masters of Sex,” has submitted herself for consideration in the category Outstanding Guest Actress in a Drama Series.)

And just to complete the drama:

Outstanding Made for Television Movie

Outstanding Lead Actor in a Movie or Miniseries

Outstanding Lead Actress in a Movie or Miniseries

Outstanding Supporting Actor in a Movie or Miniseries

Outstanding Supporting Actress in a Movie or Miniseries