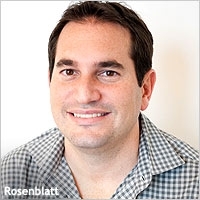 As a company known for mapping out people’s movements, Foursquare’s own pathway has never been easy to figure out. After starting out as a way to keep tabs on friends' whereabouts via check-ins, it shifted in recent years to serving as a local search and recommendations tool. Its latest step has been to split those functions into two apps, with the main Foursquare app geared to discovery and check-ins moving over to the spinoff Swarm app.

The unbundling of apps is a trend most evident with Facebook’s stated plan to roll out a series of stand-alone apps to fit the way people mostly access content on mobile devices -- by single-purpose apps. With the launch of Swarm, Foursquare also announced several initial advertisers in the app including Procter & Gamble, Volvo and Pepsi.

The last is the company’s programmatic ad platform for targeting Foursquare users across the Web based on its wealth of location-based data derived from 6 billion check-ins and installations of its app. “We allow marketers to reach people when they’re off Facebook,” noted Steven Rosenblatt, Foursquare’s chief revenue officer, in a recent interview.

Rosenblatt said he’s been pleased with the rollout of the company’s self-serve ad platform for small and medium-sized businesses, which now extends to 85 countries and thousands of local advertisers since launching last year. “We don’t even have outbound salespeople in those other countries,” he said.

Still, the bulk of ad revenue comes from national brands like Old Navy and H&M targeting ads locally. But for a company like Foursquare that wants to take on Yelp more directly in local search, SMBs would appear to be the sweet spot for driving ad growth.

In that vein, it now has a 10-person local ad sales team focusing initially on the New York City market, and now Washington D.C. as well.

When it comes to performance, Rosenblatt said the company’s ad-targeting capability is leading to conversion rates for promoted places ads that are five to times those of typical mobile banners. “Not only people tapping through, but visiting a location within 72 hours,” he said. And with place-based ads, where people have the option to “mute” or save ads, about 14% of people that seem them are saving ads.

Still, Foursquare has an uphill climb to win more ad spend from notoriously tightfisted small businesses that already have plenty of digital options.

“When a business makes a decision on where they put their marketing dollars and energy, they think first of Google, their core Web site/presence, Facebook, email marketing, and Yelp,” said Perry Evans, CEO of social analytics firm Closely, and a co-founder of MapQuest. That’s not to mention Twitter and Instagram.

Faced with that field of competitors and other marketing tactics, “Foursquare tends to fall off the visible radar,” he said.

And while Foursquare is native mobile company, the likes of Google, Facebook and Yelp have all ramped up their mobile content and ad offerings in response to the consumer shift from PCs to smartphones. Nearly half of ad impressions on Yelp, for instance, take place on mobile devices, along with a majority of searches.

One thing Foursquare may have in its favor is a growing local ad pie. Local mobile ad spend, including locally targeted ads by national brands, is expected to jump to $4.5 billion this year from $2.9 billion in 2013, according to a BIA/Kelsey forecast in April.

Sitting in Foursquare’s SoHo headquarters in New York, Rosenblatt nevertheless appears relaxed and confident about the outlook at mid-year. He reiterates a company statement about revenue being up 300% from last year, and already higher than sales for all of 2013. It’s on track to make $40 million to $50 million this year --  up from $12 million last year, according to The Verge.

“I think we’re excited about where things are going and some of the moves we’ve made,” said Rosenblatt.