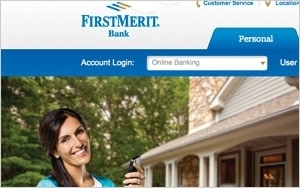 The "Blue Shirt Campaign" supports five local non-profits -- the Belle Isle Conservancy; Detroit PAL (PAL); Michigan Science Center (MiSci), Detroit Institute of Arts (DIA); and The Skillman Foundation (Skillman) -- with large-scale outdoor billboard displays dedicated to one pre-selected volunteer or staff member per organization. Each mural boasts the same supportive message, "Dedication to Detroit Merits Recognition," and serve as an example of the often-overlooked blue collar worker that bring value to the non-profits through their time and involvement. The murals also are designed to be a call-to-action by featuring the Web site firstmerit.com/blueshirt that hosts additional information about each organization and ways to get involved.

Total Outdoor donated the space on the buildings, Ignition Media Group developed the concept, and FirstMerit selected the non-profits and commissioned the creative and placement.

The concept behind the "Blue Shirt Campaign" is designed to symbolize that the work that these non-profits do may be modest in nature, yet powerful in sum, say executives. To that end, each featured individual is outfitted in the same attire -- a blue t-shirt and denim jeans -- to ensure the focus is on the person and the nonprofit.

"As an active member of the metro Detroit community, FirstMerit Bank is proud to recognize those who have donated their time, effort and skills to changing lives and improving the city," said Sandy Pierce, vice chairman of FirstMerit Corporation, chairman and CEO, FirstMerit Michigan. "We believe that investing in and showcasing the work of local philanthropic organizations helps to build healthy, vibrant communities."

FirstMerit Corporation is headquartered in Akron, Ohio, with assets of approximately $24.5 billion and 401 banking offices and 429 ATM locations in Ohio, Michigan, Wisconsin, Illinois, and Pennsylvania.