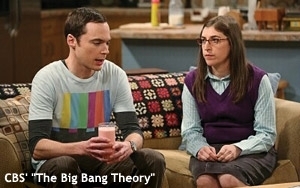 We are nearing the end of the two-week period in which voting members of the Academy of Television Arts & Sciences choose nominees for this year's Emmy Awards. The nominations will be processed during the next three weeks and announced on the morning of July 10. The awards themselves will be televised by NBC on Monday, August 25.

The Emmy excitement to come hinges on the choices that voting members are making this week. So here is a handy guide designed to help them (and all interested parties) recall the shows and performances from May 31, 2013 through May 31, 2014 that deserve recognition.

Today's column calls attention to worthwhile comedy series and comedic performances that should not be overlooked.

If you ask other critics, NBC’s “Community” and “Parks and Recreation” also belong on this list, along with Fox’s “Brooklyn Nine-Nine.” I don't agree. The only series I would consider replacing any of these with is the crazy powerful Showtime drama “Shameless,” which this season has shamefully been submitted as a comedy. But I will refrain and stay with shows which actually bring the funny. (That’s why “Hot in Cleveland” is in there.) On a related note, ABC's “Modern Family” isn't on this list because it no longer makes me laugh. Maybe I am just tired of it. Regardless, it will probably be nominated and, if so, it will once again likely win.

With apologies to TV's two funniest dads -- the insanely underappreciated Garret Dillahunt of Fox's “Raising Hope” and Neil Flynn of “The Middle” -- I'm standing by this list (and crossing my fingers that Robin Williams makes the cut).

The power of her performance as a young woman who buckled under the extreme pressures of her life and tumbled into cocaine abuse with catastrophic results for one of her siblings ought to ensure Rossum a win in this category, except for the fact that not for a minute was she funny, or even amusing. It won't surprise me if she isn't even nominated.

Apologies here to Simon Helberg and Kunal Nayyar of “The Big Bang Theory,” Charlie McDermott of “The Middle,” Parker Young of “Enlisted” and the men of “Modern Family.”

Choosing only two actresses from the mammoth and massively talented supporting ensemble of “Orange is the New Black” just doesn't seem right. But voters must spread the wealth. And even so, odds are that the equally deserving Wendie Malick of “Hot in Cleveland,” Melissa Rauch of “The Big Bang Theory” and Eden Sher of “The Middle” will be overlooked.

Maybe it's time to bump the number of nominees allowed per category upwards a bit -- maybe to eight? This might better acknowledge the enormous number of quality series being produced on an ever-increasing number of television channels and streaming services. It might also serve to get more people interested in the Emmys.