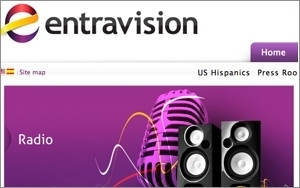 Spanish-language broadcaster Entravision has acquired Pulpo Media, which offers digital advertising services to reach Hispanics in the U.S. and Latin America, for $15 million plus up to $3 million in performance-based contingent payments, the companies announced Friday.

Based in Berkeley, California, and with additional offices in Spain, Mexico and Argentina, Pulpo Media’s services include digital advertising across a range of devices and channels, including display, video, mobile and social media. It puts an emphasis on segmentation and personalized messaging driven by its detailed market data.

For its part, Entravision owns 49 radio stations, most of them broadcasting in Spanish, as well as a number of TV stations, serving major U.S. Hispanic markets and the border regions of Mexico.

Last month, Pulpo unveiled a new acculturation model that combines online and offline data to create more targeted segments within the overall U.S. Hispanic market. Pulpo’s Hispanic Acculturation Model combines data from the 2012 U.S. Census and American Community Survey with proprietary first- and third-party data, including country of birth, parent’s country of birth, age of immigration, number of years spent in the U.S., language preference at home, and English proficiency. Then it analyzes the data to create segments that can be targeted down to the Zip code level.

The model is based on individual rather than household data, allowing for greater specificity in acculturation measures. Among the segments identified by Pulpo are the “1.5-generation,” consisting of foreign-born Hispanics who immigrated as children ages 10 or younger, whose primary education took place in the U.S. They tend to behave more like second-generation or U.S.-born Hispanics.

While this segment is rarely considered as its own demographic entity, it accounts for 35% of the first-generation immigrant population, making it a valuable target for marketers who can address its unique background and characteristics.

Pulpo is incorporating the model into its Ocean Platform and Planner Product, due out this summer.