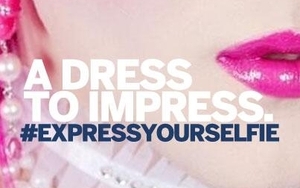 American Express is teaming with "Out" to present a LGBT initiative that plays off of the financial service company’s “shop small” movement, which celebrates and drives consumer traffic to small businesses in local communities.

The #ExpressYourselfie Tour will launch during New York Pride, which kicked off June 24 and culminates June 29 with PrideFest and Pride March.

American Express has been recognized as a "fantastic" company for LGBT employees, says Dante Mastri, a co-lead for the initiative at American Express.

“So we are thrilled to bring that same energy to our card members and merchants in our local LGBT celebrations across the country,” Mastri says.

"Out"and American Express will invite event attendees to participate in a variety of events including a float and festival booth.

During each parade, American Express brand ambassadors will fan out around the float with instant cameras to take hard copy "selfies" of spectators along the parade route.  The “selfies” will be affixed to the fabric of the dress, so that by the end of the parade it will be completely covered with photographs of Pride revelers. Photos of the dress will be posted on Out.com/pride.

Another photo opportunity will allow consumers to create their own #ExpressYourselfie “Out” magazine cover.  Photos will be delivered electronically to the guest, and may be featured on OutTraveler.com and “Out” social media channels.

For each city involved in the #ExpressYourselfie campaign, “Out Traveler” will update its destination guides with custom editorial profiling American Express Shop Small merchants, including restaurants, nightlife and attractions in select cities. The guides will feature an interactive map for mobile and can be accessed at: OutTraveler.com/ExpressYourselfie.