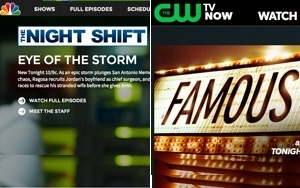 NBCUniversal and the CW have completed their respective upfront advertising market deals. NBC grabbed higher-than-market-average price increases and double-digit percentages in dollar volume over a year ago, with CW inking lower gains, according to media executives who are familiar with the networks.

Media executives say NBC pulled in $2.52 billion in total upfront sales when including prime time, late night and sports programming -- up 12% from the $2.25 billion a year ago.

Other media executives say that while NBC took in better-than-average CPM price increases this year, it was still a bit behind in actual average prime-time CPM prices compared to most of the other broadcast networks.

“We are very pleased to have led the market in both rate of change and volume growth this upfront,” stated Steve Burke, chief executive officer of NBCUniversal. “We also have made tremendous progress in correcting our historic monetization gaps.”

NBCUniversal has also completed upfront deals for all its 17 cable networks and 50 digital platforms.

Looking at its overall upfront take: Two broadcast networks (NBC and Telemundo), 17 cable networks and 50 digital platforms, NBC pulled in $6 billion in upfront advertising revenue, 11% higher in upfront dollar volume from the $5.4 billion of a year ago.

Like this year, projections were that NBC garnered 7% to 8% CPM increases for last year’s upfront market.

CW’s upfront dollar volume remained similar to a year ago -- at $400 million, with price increases at 3% to 4%, according to media executives. The network made progress in new categories thanks to its now more broadly appealing programming, signing on new fast food, financial services, and automotive marketers.

As other networks have done, both NBC and CW also made some upfront deals based on the C7 guaranteed metric -- the average commercial ratings plus seven days of time-shifted data.

Media executives say that at best, 25% of national TV upfront deals this year will be linked to the C7 metric. The majority of upfront deals are still pegged to the C3 guarantee -- the average commercial rating plus three days of time-shifted data, the measure that has been the industry standard since 2007.

Last week, CBS and ABC closed their upfront deal-making. Other upfront negotiations continue with the Fox network, syndication, and other cable networks yet to close.