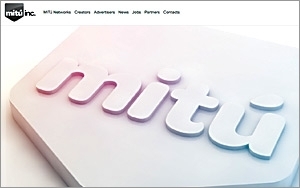 MiTú, a digital video network targeting Hispanic millennials, has raised $10 million from a group of investors, including Allen DeBevoise and Upfront Ventures.

The new funding will be used to expand MiTú’s engineering and sales organizations and build new production facilities in Los Angeles and Mexico City.

Launched in May 2012, the MiTú network brings together around 1,200 digital video creators catering to the Hispanic audience, with roughly 40 million subscribers collectively generating around 400 million video views per month.

Although YouTube is still the main distribution platform for MiTú’s content, the company is looking to diversify distribution channels through deals with big media companies and the creation of stand-alone online destinations.

In December, MiTú announced a content deal with Univision, calling on MiTú to create short-form Spanish-language content for syndication on Univision's digital platforms, including UVideos among other channels.

Hispanics are leading the way in digital media adoption, according to a number of recent studies. A new study from PricewaterhouseCoopers, titled “Mi Móvil: Hispanic Consumers Embrace Mobile Technology” and based on a survey of 1,000 U.S. Hispanics and non-Hispanics, found that Hispanics over-index in mobile video consumption, with 43% of U.S. Hispanics streaming mobile video and 37% downloading mobile video on a weekly basis, compared to 25% and 17% for the same behaviors, respectively, for non-Hispanics