Radio Choices Correlate To What You Drive 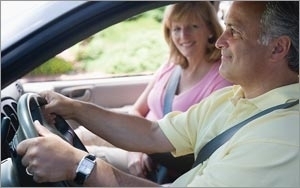 That’s according to a new study from Nielsen Audio (formerly Arbitron) that examines correlations between what kind of station a consumer listens to on the radio, what kind of car they drive and where they drive it. For example, buyers of roadsters (e.g., Mazda Miata, Audi TT, or Nissan Z) listen to news, talk and information. At least they do in Los Angeles and Chicago, according to the data.

Nielsen says it got these results by linking its Nielsen local market insights to radio listening data from its portable people-meter results and tied its demographic data to R.L. Polk's own research results on who buys what kind of car in New York, Los Angeles and Chicago -- the three largest radio markets.

The study also cuts the other way, looking at which owners of different vehicle types listen to a given category of music. In New York, sports radio scored the best among high-end vehicle buyers, particularly those in the prestige sporty and prestige luxury categories (e.g., the Mercedes-Benz S-Class, Lexus LS or BMW 7 series). Among all vehicle types, sports radio enthusiasts are most likely to have purchased prestige sporty, prestige luxury, mid-sport or mid-luxury vehicles in the past year, per the study.

Farshad Family, SVP, local product media leadership at Nielsen, tells Marketing Daily that the company this year started linking audio data with consumer data through third parties to tell a story that moves beyond age and gender. "That was the overarching theme," Family says.

The auto study doesn't concern itself with satellite radio or app-based digital radio, but in fact those are the growing segments for advertising buys. According to the Radio Advertising Bureau's first-quarter ad revenue report, the first three months this year constituted the fifth flat quarter in a row for radio overall. What increases there were happened in digital and off-air, each up 16%.

In the auto category, the segment was dominated, not surprisingly, by dealer groups advertising in spot radio led by the Toyota Dealer Association. The study says that in spite of weather in Q1 that kept consumers at home, auto advertisers’ spot spending kept pace with last year.

After those dealer groups came the companies themselves: Chrysler LLC was number six, while Toyota Motor Corporation was seven. AutoNation USA was in eighth place followed by Nissan Motor and Dodge Motor Corporation rounding out the top 10.

“We know local radio remains a major part of a consumer’s day, with the average consumer listening to over 2 hours of radio per day," says Family. "Auto dealers are looking to make a connection to potential customers in their local communities and they know that radio is an important part of how to make that connection.”