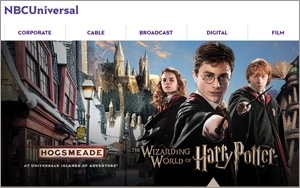 Comcast’s NBCUniversal unit barely pulled in the same revenues as a year ago for its second-quarter results -- in part due to its lower-performing filmed entertainment unit.

Cable networks, NBCUniversal’s biggest business unit, grew 2.6% in revenue to $2.48 billion -- with a 4.2% increase in distribution revenue and a 14.3% gain in content licensing fees. But advertising revenues for its networks sank 2.2% during the period. Operating cash flow overall was up 6.3% to $914 million.

Broadcast television grew 4.9% to $1.8 billion -- mostly due to higher retransmission revenues and content licensing agreements. But like its cable networks, advertising sank. The NBC network and stations slipped 1.7% in advertising revenue -- which the company says was the result of fewer hours for “The Voice,” compared to the same period a year before. Operating cash flow climbed 16.2% to $240 million.

Filmed entertainment witnessed a sharp 15.3% decline in revenue to $1.2 billion, due to lower theatrical revenue resulting from fewer theatrical releases. Still, operating cash flow was up to $195 million from $162 million.