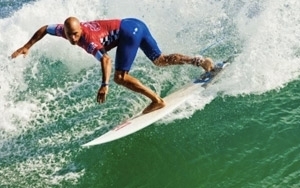 It's the largest surfing competition in the world, and it's held at the Mecca of the sport. The Van's U.S. Open of Surfing, which has been going on in Huntington Beach since 1959 is a top talent draw for skaters, surfers and BMXers. The athletes converge at a place where the spirit of Gidget lives on (although technically, she frolicked up the beach at Malibu) and the modern version of hooky-playing high school students in Woodies still show up to the beach with their longboards, while sun-kissed kids play volleyball on the beach next to the Huntington Pier. Fiat is hoping that whatever vehicles young people have replaced all those Woodies with will include a Cinquecento or two, or one of the automaker's other cars.

For the second year Fiat is back as the exclusive auto sponsor of the nine-day event happening between July 26 and Aug. 3. The Fiat Chrysler Automobile brand will have its entire lineup of cars on the beach, including the electric Fiat 500e and a  Fiat 500L Vans-inspired concept created for the Open. The automaker will also be giving out swag, including Jan and Dean-type Wayfarer sunglasses, branded shoelaces, and Fiat-branded items.

The partnership fits with Fiat's playful identity, evinced by its cars and marketing, said Jason Stoicevich, head of Fiat Brand North America, in a release.

“As we continue to launch new products, including the all-new automatic Fiat 500 Abarth, the U.S. Open of Surfing remains a great platform to showcase the depth of our portfolio and interact with the young audience attending this event,” Stoicevich says.

The Open, featuring Association of Professional Surfers athletes, was called the OP Pro (for Ocean Pacific) before it was acquired by IMG in 2000. Vans replaced Nike as title sponsor in 2012. Until last year it included live concerts, a fairly lax booze policy and a huge vendor area. Those policies ended after riots and arrests last year. Vans announced this year that the event will be about "family and community." Now it's all about the sport; no booze, no music, and the vendor area will be a lot smaller.

Fiat and other sponsors will get a lot of coverage and not just in the U.S. Organizers say that in addition to getting a two-hour focus on CBS, it will be broadcast to 110 countries. They also predict the competition will bring in around 500,000 attendees and will get 1.5 million views on coverage. The Open reportedly adds about $21.5 million to Orange County's coffers and over $16 million to Huntington Beach over the course of the competition.  There are several other sponsors involved, including Ion, G-Shock,  Paul Mitchell, Red Bull, Bose, Verizon and  Samsung Galaxy.

This year may also be the biggest yet since the event will celebrate a century of surfing, or at least a century of white people surfing, as the Polynesians have been doing it for centuries, although not on fiberglass and foam boards. And definitely not with sponsors.