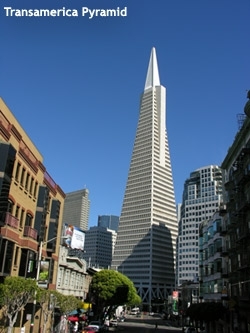 The agency is tasked with helping Transamerica build its brand with each of its key audiences: consumers, intermediaries and customers.

The shop will develop communications and advertising strategies to position Transamerica products and services across all channels.  Integer’s first creative will debut in early 2015.

The client spent about $22 million on ads in 2013, according to Kantar.

"Transamerica re-launched our brand late in 2011 with the goal of bringing together several diverse companies into one and creating a unified and compelling platform for our 19 million customers," says Bill Tate, SVP of Marketing at Transamerica. "Integer will help Transamerica take the next step in our evolution to a more consumer-focused brand by further aligning our employees, intermediaries and customers with products and services from Transamerica."

Ironically, money is the biggest threat to the financial institution. "The primary challenge for our brand is how to break through and stand-out in a very crowded and cluttered media environment where some financial competitors outspend us by as much as 10 times," says Tate. "Creating a powerful and unique brand message that resonates with key audiences is challenging and exciting."

The Integer Group landed the account after a formal review that began in April, though Transamerica declined to identify the other participants. "The Integer Group has demonstrated innovation and creativity in its ability to reach diverse target markets with a focus on consumer and business marketing," says Tate.

The Integer Group has more than 1,200 employees working in U.S. locations as well as international offices in Africa, Asia, Australia, Europe, the Middle East, and North and South America.

Transamerica, a wholly owned subsidiary of Aegon, has been providing insurance products since 1961 and has $1,085 billion of insurance in force as of December 31, 2013.

This story has been updated to include an ad spending estimate from Kantar.