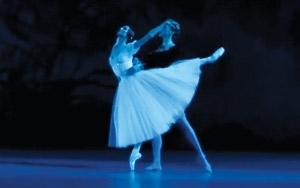 Usually so-called "short leads" — where car companies invite press to drive a new car around the time of launch — start at restaurants or one of those rented photo studios over on 11th Avenue.

So the 10th floor of famed performance-art school Juilliard  seems, at first take, an odd place to show off Hyundai's new Sonata, and get into its technical virtues. After all, it's not too often when a jaded auto scribe stumbles into an elevator full of ballet prospects.

Actually, it makes total sense as a place for Hyundai to reveal the seventh-generation, 2015 model year mid-size sedan. The car's job, at least from the brand perspective, is to play Albrecht to Hyundai's Giselle in the second act, where he has to lift her ghost a few dozen times: the car, which, along with Elantra is the volume model, is meant to lift the brand up and up, closer to where the Genesis model resides.

"As goes Sonata, so goes Hyundai," said John Shon, manager for product planning. "The opinion toward Sonata tracks very closely to brand perception, so it's really the brand ambassador [vehicle]."

The new Sonata — which competes against cars like Fusion, Accord, Altima, and Camry — evinces three key product development objectives, per Shon: generation 2.0 of the Fluidic Sculpture design language, with some of the sheet-metal creases and elaborations smoothed out to give what Shon calls an "inner force" to the look, while moving the model toward "modern premium", and making the Sonata look like its upmarket sibling Genesis; offer better "driver confidence" around vehicle dynamics like ride quality and road noise; and bring in more "thoughtful features" including safety technology and telematics.