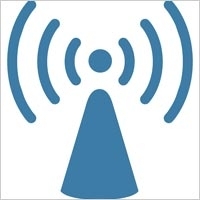 Much like mobile alerts and SMS before it, the rise of Beacon technology will initiate another round of internal discussion among marketers about how much is too much. The push components possible in proximity marketing and sensor-based broadcasting are promising precisely for the same reasons they risk being annoying: their disruptive potential. We all know that getting shoppers to use specific shopping or retail apps in-store is itself a heavy lift. They are there to shop, after all. And as much as we would like to believe we can channel people’s mobile behaviors into channels that benefit your brand, the fact is that people use their devices in personal and idiosyncratic ways they prefer to control.

In other words, beacons are going to be no easier to sell to mobile users than anything else has been -- in fact, they may be tougher.

In an insightful piece at the GroupM Next site, Jesse Wolfersberger (who will be with us at next month’s Mobile Insider Summit in Tahoe, shares new GroupM research indicating the climb. In a survey of 1,000 mobile users, they found that 27.1% usually do not allow app notifications. About 7 in 10 either do allow notifications or can be convinced to allow them. Wolfersberger argues not to be too optimistic about those numbers.  First, you may already have a third of users off the table for the technology. But we haven’t even gotten started deploying beacons in any meaningful way, and they represent a new kind of disruptive experience. “There is evidence in the survey which suggests once beacon notifications become commonplace, it will lead to more people turning them off,” he adds.

When GroupM drilled down on the question of alerts and asked users to identify why they don’t’ allow them, a third said they already have too many alerts. The next most cited reason is that the alerts are not helpful (22.1%). The survey also found that couponing is far and away the biggest pain point for shoppers, even if only a 20% of shoppers feel it is an important part of their routine. Wolfersberger thinks that couponing is the most likely entry point for beacons with consumers because they potentially smooth one of the greatest sources of friction. The downside of beacon-pushed coupons may be a much higher redemption rate that cuts into retail margins. Citing early metrics from in-store beacon network InMarket, he says that consumers getting a beacon alert are ten times more likely to buy the advertised product than those who didn’t get the alert.

It is an open question whether consumers as part of the shopping ritual want to be pinged by their retailer upon entering a store. There will be a long process of convincing shoppers there is real value in forcing upon them yet another decision point to a process that most regard as enjoyable without having to consult their phones.

We will be engaging the topic of proximity marketing and beacons at two events on opposite sides of the country next month. At OMMA mCommerce on Aug. 7 in NY we will look at the challenges of implementing beacon technology. Ryan Craver of Lord & Taylor will be keynoting the event. And at the fifth annual Mobile Insider Summit at Lake Tahoe Aug. 17-20 we will look specifically at how proximity marketing and beacons can render richer understandings of shopper in-store behavior. In addition to keynotes from Orbitz, IHG and more, we have a large collection of brand marketers attending or speaking in Tahoe – Target, Dell, Intuit, Beachbosy, Barclaycard, Zagg, LiveNation, Zappos, Georgia Pacific, and more.