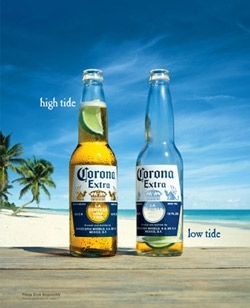 Underage adults ages 18-20 are heavily exposed to advertising for alcohol brands popular with young people in magazines, according to a new study published by the Center on Alcohol Marketing and Youth at the Johns Hopkins Bloomberg School of Public Health. The findings imply that efforts at self-regulation by alcohol advertisers, intended to limit exposure of young consumers to alcohol advertising, are falling short.

The study, titled “Youth Alcohol Brand Consumption and Exposure to Brand Advertising in Magazines,” analyzed data on magazine advertising for over 300 alcohol brands, including 25 alcohol brands popular with youth, and audience data provided by Nielsen and GfK MRI.

Specifically, the study examined per capita ad exposure by gender and different age groups for all the different alcohol brands popular with youth, included Coors Light, Smirnoff, Jack Daniels, Absolut, and Heineken, among others.

The authors concluded: “These findings suggest a relationship between advertising exposure and youth alcohol brand consumption. Current alcohol industry self-regulatory codes may not be sufficiently protective of youth.” Currently, the self-regulatory guidelines allow alcohol brands to advertise in any publication as long as underage readers constitute less than 30% of the total audience.

Fareed Zakaria, the high-profile journalist and commentator on international affairs, has joined The Atlantic and Quartz as a contributing editor, effective September. In his new role Zakaria will write for The Atlantic and participate in events for AtlanticLIVE and Quartz, Atlantic Media’s global business news brand. His first appearance will be at Quartz’s upcoming event, The Next Billion: A Connected World Conference, scheduled to take place in New York City in November.