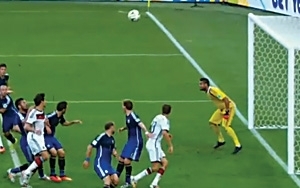 The World Cup Final had 32.1 million tweets sent during the match between Germany and Argentina, as well as 280 million interactions on Facebook from 88 million users. This massive online chatter illustrates a new level of engagement opportunity for brands and their target audience.

Now, Omnicom Media Group (OMG) is identifying key takeaways from successful World Cup campaigns that are a "reaffirmation of the power of social media both from a fan and brand standpoint," says Josh Farber, account director at OMG's Optimum Sports.

Ultimately, brands need to plan ahead in order to be "spontaneous" during big events and to harness the fast-moving and unpredictable real-life stories that they then can use to engage with their target fans and consumers, finds Omnicom.

Indeed, the key of success for brands operating in social media was to apply real-time communication strategies that provide continuous mentions -- of which 1,533,273 were sponsor mentions -- across select hashtags.

Still, there are several essential commandments when it comes to using branded hashtags, including to keep hashtags simple; limit the number of hashtags created for the brand; and to capture the sentiment of why people are talking.

Moreover, brands that are participating in social platforms should also be aware of spontaneous hashtags (unbranded hashtags that occur naturally) in order to augment their brand‘s social media impressions.

That said, despite debates over monitoring mentions, reach and impressions of hashtags; the main priority should be to maximize the participation of fans using the hashtag, which means engagement over views, says OMG.

Similarly, it is also critical to have separate social accounts for different interests. For global and established brands, which already have a large number of fans, a separated social media account for the sponsorship helps them to better target their communications to different sets of fans. At the same time, key campaign messages posted on both sides encourage the migration of fans and interest among different channels. For example, Adidas also hosts Adidas Football and Adidas Soccer as more targeted channels for the World Cup. To that end, Adidas Football catered to World Cup fans, while the Adidas account covered a broader range of topics including soccer, basketball, and tennis.

However, it is also important for brands to link content to one another. This makes it easier for brands to gain followers and to form a cohesive brand message.

Lastly, successful World Cup brands used a campaign that extended beyond the World Cup. With brand awareness and audience bases increasing during the World Cup, it is important for brands to leverage this exposure to promote products or other campaigns at the same time hoping to convert new consumers as a result.

"The question of how brands can keep the momentum is one that is being discussed across almost all of the brands that we work with and has many different answers depending on the brand," says Farber. "For brands that are tied to the sport already the shift of focus goes to the club relationships vs. the country focused World Cup. Specifically within the U.S. there are two main roads potentially to travel, one being a push towards activation of the [Major League Soccer] and the second being international leagues. While both roads will help drive growth of the game in the country, from a long term perspective an improvement and continued growth with MLS is beneficial to all, the league, the players, the brands and the fans."

Meanwhile, Adidas was the most successful brand at driving social community growth, reports Omnicom. Pre-event research revealed that 58% of respondents intended to follow or like a brand related to the World Cup, while 50% actually did. Of the official sponsors, Adidas drove the most social community growth across Facebook, Twitter, Instagram and YouTube. The brand took 38% of social mentions amongst sponsors and a 61% share of sponsor hashtags in OMG's social tracking study.

Nike was the winner amongst the unofficial sponsors, and being second most commented brand with 31% of all brand mentions tracked. "The ability for brands like Adidas and Nike to activate both in real time as well as in a culturally meaningful way was able to drive both differentiation amongst a cluttered environment as well as engagement given the strong tie to their content and the matches," says Farber.

Omnicom's social listening also revealed there were more than 83 million social media comments across the 10 languages. Sixty percent of those were made during the group stage, 28% during the knockout stage and 12% in the finals. Not surprisingly, in these latter stages German-, Portuguese- and Spanish-speaking fans contributed a majority of the conversation. Indeed, this multilingual activity is a good reminder that the majority of social conversations online are not in English.

It is also notable that men and women react to brands differently. Men were interested in the soccer itself, the technique and the thrill of the game (hence campaigns like Adidas' “The Dream” worked well for this target audience). Women, on the other hand, are more likely to react to messages that focus on the social interaction of the event, such as how the World Cup brings people together under one theme. Coca-Cola and its moments of happiness campaign that suggests how soccer brings people together and the aforementioned Johnson & Johnson's positioning around “passion for caring and devotion” were more likely to resonate with women.