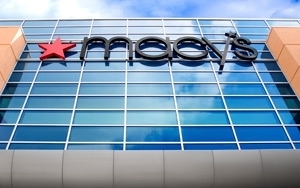 Macy’s, which has been stepping up its efforts to market to Millennials and expanding its omnichannel options, just released disappointing second-quarter sales results. And that — combined with the news that all retail sales barely gained in July — has some observers nervous about retail in general, especially the crucial back-to-school season.

The Cincinnati-based retailer says comparable-store sales rose 3.4%, with total sales climbing 3.3% to $6.27 billion. And the company lowered its comparable-store sales forecast for the full year to between 2 and 2.5%. (It had previously forecast gains of between 2.5 and 3%.) Net income rose to $292 million — up from $281 million in the same period a year ago — below analysts’ expectations.

And the U.S. Commerce department says total retail sales in the U.S. sales ticked up less than 1% in July to $439.8 billion, after five months of smaller and smaller gains. The two reports may signal that consumers are more nervous about the economy than experts thought.

While Macy’s continues to be confident in “our business strategies, merchandise assortments and marketing plans,” says Terry J. Lundgren, chairman/CEO, in its release, he adds that its expectations are “tempered with the reality that many customers still are not feeling comfortable about spending more in an uncertain economic environment.”

And while the environment continues to be quite promotional, he adds that it is continuing to focus on strengthening its omnichannel efforts, including in-store pickup. Also, “our Millennial strategies have sharpened our merchandising and marketing to customers in the age range of 13 to 30. This has created new positive energy as our customers begin back-to-school shopping.”

Macy’s isn’t just a financial bellwether, but is closely watched by retailers and marketers as one of the best-performing department store chains. “All told, while we would have liked have to seen better performance,” writes Chuck Grom, an analyst who follows Macy’s for Sterne Agee, the second-quarter results “were still respectable, despite missing market expectations.” He adds that it was only the second time that Macy’s has missed its targets in the last 18 quarters.

And while the news didn’t affect the company’s rating, Standard & Poor’s Rating Service says it also predicts consumers’ appetite for value, on-sale items and online bargains will pressure the industry. “We believe apparel industry trends will remain relatively soft in the remainder of 2014,” it writes in its assessment of Macy’s results, “given the heightened industry competition (especially from online retailers), continuing weak consumer sentiment, and the increasing customer preference for shopping convenience and value.” It adds, however, that it anticipates that Macy’s “continuing enhancement on its omni-channel capability and ongoing operating initiatives will help the company gain customer traffic either online or in stores.”