'Tis The Season For Some Madden 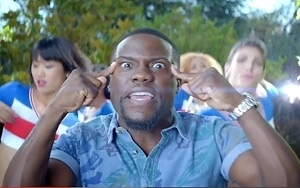 To promote the launch of its Madden NFL 15-game franchise (hitting stores on August 26), EA Sports is introducing consumers to the concept of “Madden Season.”

The video begins with Hart impatiently knocking on Franco’s door, and slapping the actor across the face as soon as it’s opened. The exchange begins the video of “Madden Season,” with Hart rapping, “Madden Season is the reason my hand touched your face/That time of year is finally here when I put you in your place.” The song as Hart stalks Franco, challenging for a match and ultimately disrupting Franco’s relationship, work and home. Franco finally gives in to the challenge, and gets so jacked in to the competition, he doesn’t notice nor care that his house is on fire.

“The story is of two rivals,” Marineau says. “‘Madden Season’ is based on what we know to be true, that beating your friends is the ultimate winning season.”

The digital-led campaign is squarely targeted at Millennials, whom EA Sports has designated as “digital natives,” Marineau says. The campaign launched with short teasers of the music video on social networks (they were also promoted by Hart and others through social media), prior to the video launch online.  (The company is not ignoring TV, however. Two 30-second television spots will be created from the music video to run on ESPN prior to the game’s official launch.)

“We wanted to create a piece of content and put it where they live,” she says. “This is how our audience lives and breathes. Consuming content on the Internet is normal behavior for them.”