Will Claure Take The Spotlight As Sprint CEO? 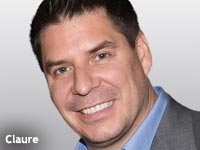 The leaders of both Sprint and T-Mobile in recent years have played prominent roles as the face (and voice) of their respective companies. During his tenure, ex-Sprint CEO Dan Hesse served as pitchman-in-chief for the carrier, featured in numerous TV spots as part of Sprint’s “Simply Everything” campaign starting in 2008.

In contrast to the common-sense, midwestern values projected by Hesse in Sprint’s black-and-white commercials, T-Mobile CEO John Legere has been the Crazy Eddie of the wireless world -- creating a brash, outrageous persona to coincide with the company’s “Uncarrier” campaign establishing T-Mobile as a contract-free network.

While very different personalities, they reflect the personal style of leadership that both Sprint and T-Mobile have adopted to set themselves apart from their two much larger rivals — Verizon Wireless and AT&T. That approach helps position the No. 3 and 4 carriers as champions of the oppressed mobile masses versus the vast, faceless bureaucracies of Verizon and AT&T.

With Marcelo Claure this month replacing Hesse, it raises the question of whether the new Sprint CEO will adopt the marketing strategy of serving as chief spokesman for the company as well as chief executive. In announcing his appointment, Sprint chairman Masayoshi Son highlighted the Bolivian-born Claure’s entrepreneurial background in building mobile phone startup Brightstar into $10.5 billion-a-year business.

And in a town hall meeting with Sprint employees last week, Claure indicated that the company will introduce new, aggressively priced plans and continue upgrading its network to ramp up growth, according to FierceWireless, citing a Light Reading report. Still, it’s hard to imagine the new Sprint boss trying to “outcrazy” Legere in pitching lower-priced plans -- even if part of his job is to shake things up.

If he were to pick up where Hesse left off as frontman for Sprint in advertising, Claure -- at 6 feet 6 inches -- would bring a certain presence to TV spots. Whether he’s on TV or not, however, he will be under close scrutiny from investors and analysts as he seeks to win new customers and lead Sprint’s turnaround. That may require a focus on core business issues initially before taking on any broader role as company spokesman.

One area where Claure has raised his profile outside the wireless industry is in relation to soccer, as owner of La Paz-based team Bolivar, and in partnering with David Beckham to bring a Major League Soccer franchise to Miami. “I have three passions; my family, my work at Brightstar and soccer, if I can have all three in Miami, it’s a great thing,” he tweeted on July 31, shortly before being named Sprint CEO.

With Claure reportedly relocating to the midwestern suburbs to assume his new post at Sprint headquarters in Overland Park, KA, that formulation may have changed a bit since. But if he wants to tap into the growth of soccer in the U.S., Sprint could eventually extend its branding efforts to the successful Sporting KC franchise in Kansas City, or the new one slated for Miami. That would be one way of putting his personal stamp on the company.