Consumers To Share Data From Wearable Devices For Discounts, Coupons 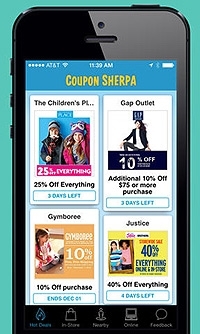 A substantial number of consumers (40%) would be willing to share personal information collected by “wearable” Internet-connected devices in return for discounts or coupons, according to a new survey of over 2,000 U.S. adults by Acquity Group, an Accenture Interactive subsidiary specializing in digital marketing.

Sixty percent said they would share information from their cars in return for similar incentives (e.g., a free maintenance session).

Consumers are concerned about potential privacy violations related to wearable Internet devices, with 80% saying they have privacy concerns, and 57% saying reports of data hacks and breaches making them less likely to adopt wearable technology.

In line with these privacy concerns, just 9% of those surveyed said they would be willing to share personal data from a wearable device with marketers without incentives in the form of discounts or coupons.

The overall trend shows rapid adoption for wearable devices and other elements of the “Internet of things” over the next few years. According to the Acquity survey, 30% of consumers already own or plan to have an “IoT” device in their home in the next two years, including things like smart thermostats, self-driving vacuum cleaners and smart refrigerators. Some 7% of consumers own a wearable IoT device, and that proportion is expected to rise to 14% by 2015 and 28% by 2016.

In terms of device types, 13% of consumers surveyed said they planned to buy a wearable IoT device for tracking personal fitness in the next year, while 33% planned to do so in the next five years.

Gender plays a role in both awareness and adoption of IoT technology.

Currently, men are twice as likely as women to say they have heard of IoT technology, and nearly twice as likely to say they plan on purchasing an IoT device in the next year (16% of men versus 10% of women). However, men and women had similar attitudes towards sharing personal data from wearable devices, as described above.