The food-buying habits of Hispan 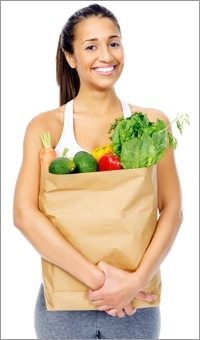 ics have begun to mirror those of American consumers as a whole. U.S. marketers must be aware of various emerging trends if they seek to effectively reach the increasingly influential Latino consumer segment, according to Packaged Facts.

Although Spanish language plays a central role in the broader Hispanic experience in the U.S., data in the report suggest that the direct impact of in-language marketing efforts on Hispanic food shoppers is lessening, according to the research publisher’s report “Hispanic Food Shoppers in the U.S.”

Only 36% remember more about or pay more attention to products and services that are advertised in Spanish. Nevertheless, Spanish-language advertising and labeling is still worth the investment as a corporate image-building effort, even with highly acculturated Hispanic food shoppers, according to the report.

Earning the loyalty of Latino food shoppers is as much a merchandising issue as it is a marketing challenge, says Robert Brown, Packaged Facts analyst and the report’s author.

“Grocers who want to cater to their Latino customers really need to understand where they’re from, how they relate to the English language, and what types of foods they expect to see on supermarket shelves,” Brown tells Marketing Daily.

Hispanic consumers are spending a significantly higher portion of their food budgets on packaged foods such as processed vegetables, as well as on frozen and canned meals, according to the report. At the same time, Latino spending on fresh produce and meats has declined in an almost archetypal American fashion.

“Conventional wisdom holds and hard data show that Hispanic food shoppers traditionally have been spending a higher-than-average proportion of their food budget on produce and meats,” Brown says. “So, it’s extremely significant that Latinos have begun to shift their priorities and have started to spend relatively more on packaged foods in the center of the store.”

As U.S.-born Hispanics account for an increasing share of the Hispanic population, spending by Hispanic consumer units on processed foods and packaged goods in the center of the store is expected to increase at an even faster rate than overall food expenditures. Expenditures by Hispanic food shoppers will reach $86 billion in 2018, according to Packaged Facts. This represents cumulative growth of more than 28% and a compound annual growth rate (CAGR) of more than 5%.

The key to success for marketers will be to find a way to show respect to the heritage of Latino shoppers while building a connection with foods and brands that might still be viewed as purely “American,” Brown says.

“However, there are still major differences between Latino and non-Latino food shoppers as well as wide variations in what different segments of the Hispanic consumer base look for in grocery stores,” he says. “The diversity of tastes and preferences among Latino food shoppers is quite amazing.  In fact, the most important lesson for marketers and retailers is that there really is no such thing as a typical ‘Hispanic’ food shopper.”

"Woman with paper shopping bag full of fruits and vegetables" photo from Shutterstock.