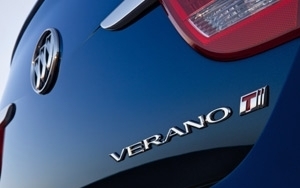 The domestic automakers have closed the gap with import brands when it comes to customer satisfaction with new vehicles. In the new American Consumer Satisfaction Index (ACSI), Asian and European cars have declined more than the domestic automakers versus the period a year ago. In fact, the only brands that saw improvement were Chevrolet -- rising 4% -- and Buick, up about 1%. Six of the top seven cars, however, are imports.

Now the bad news: Industry wide, satisfaction has dropped 1.2%, versus last year, although it is still up by 3.8% against the overall number in 1995, when the study began. Among 21 nameplates tracked by the ACSI, 80% fell in customer satisfaction, with only 10% improving and another 10% remains flat versus a year ago.  And ACSI says that even with the narrowing of the gap versus imports, the domestic car industry overall fell to a five-year low in satisfaction

States the report: "For the second quarter, the rate of regression in ACSI has slowed significantly, but the index continues to go in a negative direction. Given that earnings growth has been about twice as strong as revenue growth, sales growth is likely to remain weak, as it has been since the financial crisis."

Mercedes-Benz is down 2%, but still leads the industry with an ACSI score of 86, followed by Subaru, down 1%, at 85. Lexus fell 3% to tie Volkswagen, which is flat versus last year. Toyota and Honda each fell 3% to 83. Buick also scores 83 and is the only domestic nameplate to exceed the industry average.

Chevrolet reached 82 -- meeting GMC, which the firm says is down 4% tied with Kia. The Index finds that Ford, Nissan, Hyundai and Chrysler are all tied at 81, a notch below the industry average. Cadillac, however, has dropped 6% to an ACSI score of 80, which puts it with Mazda and BMW, which are both down 2%.

Chrysler’s Jeep and Dodge are at the bottom, and the firm says Audi is second to last, above Acura among luxury brands. To be fair, the firm puts an automatic 6% drop on brands with recalls, with car owners who had at least one recall in the past year rating a vehicle 6% lower than those who did not experience a recall.

Also, ACSI data shows consumers rate automaker websites better than the national average of 78 for all websites, and better than most other categories of durable products.

The ACSI uses data from interviews with about 70,000 customers per year, covering over 230 companies in 43 industries and 10 economic sectors, as well as over 100 services, programs, and Web sites of federal government agencies, per a report detailing all the findings. The data goes in, and a per-brand ranking on a 0 to 100 scale comes out.