For Ck one, Snapchat, Tumblr Key To Gen Y Hearts 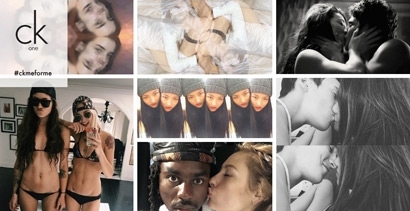 In its effort to increase the relevance of Ck one fragrance for Gen Y, Coty says its digital #ckmeforme effort, powered by Snapchat, Tumblr and Twitter, is providing plenty of lessons in how to drive digital engagement.

The Ck one brand — which celebrates its 20th anniversary this year — already has a strong millennial following, which relies heavily on social channels as well as such celebs as Korean pop star Taeyang, singer/songwriter Dev Hynes, and such models as Edie Campbell and Lucky Blue.

“But when we went into TV production for the new campaign, we wanted to develop a true 360-degree campaign — one that had digital at its core,” Kristen D’Arcy, VP, global digital at Coty, tells Marketing Daily.

Coty then created a room it called the Self Exploration Lab, and during production asked all the talent connected with the shoot to use their smartphones to take pictures, selfies and video. “We then used that exclusive content — about 200 pieces — to seed the new campaign,” she says, “asking users to take their turn.” (Some fans found the Ck one Snapchat account via Tumblr, while others found it via high-profile models and influencers, including Taeyang.)

The results of the effort, launched back in June, have been “fantastic,” she says. In Snapchat, where it claims to be the first fragrance campaign, “we have seen more than 1 million views in just a month and a half.” She adds that its engagement scores on the platform, which reportedly has a median user age of 18 and is said to be tapped daily by some 77% of college students, “are also really strong, even compared to other categories.” D’Arcy says the brand has achieved 15% engagement on Snapchat, and some 150,000 views on Tumblr. And the effort’s Twitter exposure has reached 10 million.

“We’re really happy,” she says, “and we’re now figuring out how we can create these social results sooner and better for other brand campaigns.” In addition to seeing changes in other upcoming Calvin Klein fragrance efforts, she says Coty has also been stepping up digital efforts among such brands as Sally Hansen and Rimmel.

In its most recent quarterly results, Coty reported a 4% increase in sales of all its fragrances, to $508.1 million.