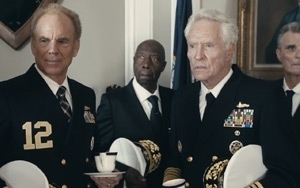 Nissan’s Heisman House, a post-collegiate frat house for football standouts, is back. Nissan has launched its fourth consecutive activation against its long-time sponsorship of the Heisman Trust with a new roster of housemates in a raft of new videos vignettes, a new media buy on TV and digital, a new grassroots Heisman House tour, and ESPN once again on board as media partner.

In the kickoff vignette, Staubach arrives at the house in his U.S. naval officer regalia (he was a Naval Academy graduate) for a Navy officer reunion. Unfortunately, his roommate Manziel is having one of his own famous parties at the same time.

The Nissan Heisman House Tour, featuring a simulated Heisman House, will once again travel to different college campuses throughout the country leading up to the 2015 College Football Playoff National Championship Game presented by AT&T, per Nissan. The House is a getup made to look like a brick-and-mortar affair — literally — where fans can enter a "living room," take photos with the Trophy, and meet some Heisman Trophy winners. ESPN is also using the setting to do interviews.

Digital is centered at NissanHeismanHouse.com, where fans can again vote for this year's Heisman winner. Nissan says it is using the campaign to tout the GT-R, Altima, Titan, Pathfinder, Murano, Rogue and Juke vehicles.

The company says some 77% of fans accurately recall the Nissan brand as the sponsor of the Heisman Trophy and that about half feel more favorable toward the brand.