The One Club Seeking Great Creative For Auto Awards 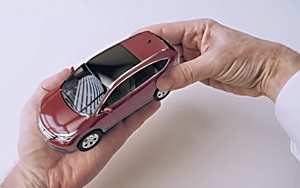 The One Club’s “One Show” awards division will be trudging, pencil-themed trophies in hand, through what one imagines will be car-sized drifts of snow to present the Automobile Advertising of the Year Award in Detroit. Agencies take notice: anyone and everyone who has done some great automotive advertising over the past year need apply. It’s a big deal, with big snow because the awards will be revealed at the 2015 North American International Auto Show in Detroit in, yes, January. Bring your boots.

As it did last year, The One Club is giving awards in five categories, with a $150 fee per entry:

1. Print and outdoor: newspaper and magazine; billboards, posters, flyers and any other form of print.

2. Broadcast: ads that aired on network or cable.

The not-for-profit industry group says the submissions will be judged by a panel of ad creatives and auto journalists. The parameters are that the work should have aired or been released between Oct. 1 last year and Dec. 1 this year. Digital images are mandatory for entries, and if you send video files, they should not exceed five minutes. And for submissions in Spanish -- or from overseas -- entries must include English subtitles.

The One Club says that since the program happens at the biggest auto show in the U.S., and one of the biggest globally -- with some 5,000 journalists buzzing in from around the world -- it delivers earned media. Last year's awards got picked up by Fox, Automobile Magazine, and Adweek, among others, and got over 200 million media impressions.

Finalists last year in broadcast TV were Dodge for "It Comes Standard" by Wieden+Kennedy; Honda's "Hands" spot by the London office of Wieden, and the automaker's "Illusions" ad by McGarryBowen in London; Daimler's Smart unit was a finalist for its "Offroad" ad by BBDO's Duesseldorf office. Two efforts by Honda also put them among the three finalists for online video.