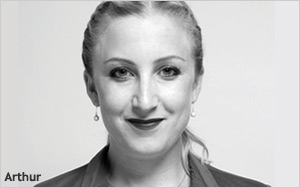 With the fall fashion season in full swing, brands are taking ideas off the runway and into consumer’s news feeds with more agility than ever. This year, WGSN, which provides data and fashion intelligence, even set up a social media newsroom at Mercedes-Benz Fashion Week in New York and London Fashion Week, to report on trends in real time. We phoned senior market intelligence editor, Rachel Arthur, who is on the scene in the U.K., for her take on this year’s most powerful digital and social innovations.

Q. First, why the need for a social newsroom?

A. At WGSN, we cover fashion trends comprehensively, but because we’re usually behind a pay wall, it’s pretty anonymous. We thought that creating a physical space where people could watch live streams of the shows was a good way to both push our own coverage, and get people to share their thoughts on the shows through social media.

Q. What are some of the most significant trends you see developing?

A. A more sophisticated use of social commerce. There’s been a little in past, but not at this level. BCBG, for example, tied with #LiketoKnowIt on Instagram. If the item was tagged and you are logged in, it takes you to third-party links to buy it. It’s still a clunky process. But we’re seeing a lot of that kind of experimentation.

A. Spring, the new shopping app, had lots of programs available from the shows, including exclusive collections. For example, people could shop instantly for things like jewelry, and Zac Posen sunglasses. And in London at the Burberry show, they were trying out the new Twitter buy button to buy nail polish.

Q. So this idea of shopping the runway is taking an even firmer hold?

A. Yes, and Versace in New York did a really good job at that. It was completely shoppable. Also, TopShop here in London put six pieces on sale the same day as the show, and some of the looks were only revealed to their Facebook fans. And while this isn’t a new trend —this increased level of accessibility that consumers have to Fashion Week—it is evolving. It’s removing that whole feeling of exclusivity, and that was quite exciting.

Q. Once upon a time, sample sales conveyed that sense of insider access.

A. Exactly. That’s what it’s trying to capture. And especially for a brand likeTop Shop, which is not a luxury or exclusive label, but a line that people watching the show will go and buy. And when you compare it Burberry, it’s really different. Burberry is pushing out items that more viewers can afford, like nail polish or perfume, rather than its clothes. It’s smart commerce, and taps the whole Millennial digital set. It’s clever.

Q. How are brands using followers?
A. I really like the way a couple of brands are pushing into new ways to use influencers. Tommy Hilfiger did a great “First Timers” campaign, asking five digital influencers to go to the show and post their impressions on Instagram and other social channels. And they were outsiders—an architect, a photographer, and a florist, for example. It really expanded the reach of the show.

Q. Have brands changed the way they staff these programs?

A. We’ve definitely moved past that whole “social media run by the intern” sense of things. Social media and digital programs aren’t just an add-on anymore, and more brands are becoming super strategic. It’s an essential part of more brands’ strategies, and everyone from the CMO on down seems to be involved. (Michael Kors is one example.) There’s a growing sense that these programs are much more central to the business.