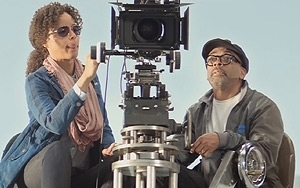 Phoenix Marketing plans to release research that proves advertising messages must move and inform consumers with one simple message prior to a purchase.

The study asked consumers to review ads from Apple, Amazon, HTC, Google, DirectTV, Sprint, Verizon FiOS and other category areas in wireless and digital home systems. It required consumers to view the ads in a controlled environment and provide feedback.

The research reveal how brands are viewed when it comes to advertising, branding and messaging cross-platform. The analyzed data produces modeled results to determine purchase behavior. It turns out that overall one message ads that are simple, believable and honest work best.

Consumers participating in the controlled study looked at television ads running between April and June 2014, and found the ones from Sony, Verizon FiOS, Samsung, LG, and Amazon the most interesting. These ads were simple, informative and believable. They featured people in real life situations demonstrating an assortment of technology and innovations.

The successful ads highlighted happy people without being too obnoxious. Samsung's "You Got To See This" ad scored among the highest because consumers believed the informative message, yielding a positive feedback and higher consideration on almost two-thirds of consumers who viewed the advertisement.

The Sony ad titled "Artists & Engineers: Wanna Be Startin' Somethin'," should serve as a message to creative marketers and data scientists because it answers the question how opposites collaborate to produce positive results from media.

John Schiela, president of Phoenix Marketing International, said this category revealed a fine line between having a cute ad and one that's obnoxious. "Anything too cartoonish turns off consumers when it comes to technology and telecommunications," he said. "Consumers like to see comparisons and gain knowledge in a quick and concise way."

The ads that scored well across the total ecosystem of systems that Phoenix analyzed focused on one simple new innovation or feature. The ads did best when the consumer saw how the technology could make their life easier.

The top five ads for handset makers were dominated by LG, Samsung, and HTC. The ads were upbeat and fast paced; clear and to the point; informative; and promoted a value without requiring a contact, but great coverage.

Overall, one-third of the ads tested had a much better performance rating among consumers intending to make a purchase in the near term.