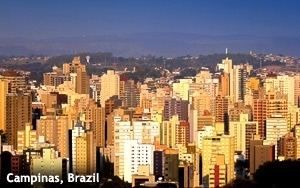 WPP has just acquired one of Brazil’s leading healthcare research outfits—Evidencias, which has offices in Campinas and Sao Paulo.

Last week the group bought Sao Paulo-based Epigram, a branding and identity company. That purchase was made via London-based Brand Union.

Earlier in the month WPP’s global shop JWT bought into a pair of agencies including a majority stake in digital shop Cairos Usabilidade Eireli, also known as “Try,” and also based in Sao Paulo. At around the same time JWT also purchased a majority stake in search engine marketing specialist Blinks, based in the same city.

According to the holding company Evidencias provides consultancy and research services in pharmacoeconomic studies, a discipline that examines and compares the value of one pharmaceutical drug or drug therapy to another. The firm works with multiple segments of the Brazilian healthcare market including health insurers, government bodies, hospitals and providers, and pharmaceutical and medical device manufacturers.

The acquisition provides Kantar Health with new capabilities in assessing the cost effectiveness of various healthcare-related economic models, per the holding company.

Publicis Groupe’s ZenithOptimedia has forecast that Brazil will be the fifth-largest contributor to ad-spending growth between 2013 and 2016, adding close to $4 billion for a total of more than $20 billion.