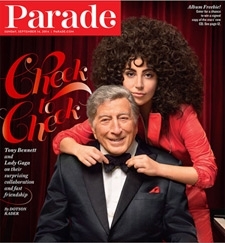 Earlier this week, Athlon Media -- publisher of newspaper-distributed magazines including American Profile, Relish and Spry Living -- announced the acquisition of Parade, one of the country’s oldest and most widely distributed newspaper supplements, from Advance Publications. It marks a big expansion for Athlon, but it’s not quite a marriage of equals, as the companies previously focused on different markets.

Parade has for the most part focused on metropolitan areas and second-tier cities (A and B markets) via distribution agreements with around 700 newspapers across the U.S. Some of its bigger distribution partners include The Atlanta Journal-Constitution, The Baltimore Sun, Boston Globe, Chicago Tribune, Dallas Morning News, The Los Angeles Times, The Miami Herald, New York Post, The Philadelphia Inquirer, San Francisco Chronicle, Seattle Times and The Washington Post, among others.

Athlon, which took over American Profile and its sister publications from the Publishing Group of America last year, has generally focused on medium and smaller-sized towns and rural areas (C and D markets). This was part of a deliberate strategy by PGA, which launched American Profile in 2000 after identifying an opportunity in smaller markets left out of Parade’s distribution strategy.

Now as print newspaper circulations and magazine ad pages continue to decline, Athlon appears to be steering a different course aimed at consolidating the newspaper-distributed business. The latest deal allows it to offer advertisers still considerable reach across all market sizes by combining Parade’s circulation of 32 million with American Profile’s roughly 12 million. Consolidation should also make it easier to execute coordinated campaigns at a lower price point.

On that note, the New York Post, which first reported the news, quoted Athlon President and CEO Chuck Allen: “Parade and Dash position the company to have the most effective and efficient advertising and retail activation reach of any media group across the U.S.”

Suejin Yang has been named vice president and general manager of digital entertainment for People and Entertainment Weekly, publisher Time Inc. announced this week. Yang previously served as digital media vice-president at Bravo Digital Media, and before that worked for Viacom, where she held positions including director of ad sales marketing at MTVi and executive producer for MTV Digital.

The New Republic has named Guy Vidra its new CEO, reflecting the publication’s renewed focus on digital platforms as it continues to reinvent itself. Vidra previously served as general manager of Yahoo News. Before Yahoo, Vidra led business development efforts for Perfect Market, a search optimization service for publishers.