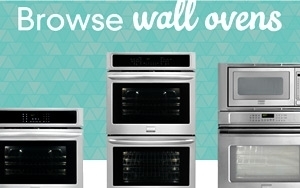 People shop for appliances even less frequently than they do for cars, so retailer and manufacturer Web sites had better be engaging. Generally they are, according to J.D. Power's new Appliance Shopper Website Evaluation Study. But there are differences between the retail and manufacturer sites. Appliance shoppers find retailer Web sites in particular highly useful because they tend to include product reviews. Unfortunately, reviews are not ubiquitous on appliance manufacturers' consumer facing sites.

J.D. Power's study looks at usability of both appliance OEM and retailer consumer Web sites based on four factors: information and content; navigation; appearance; and speed. The end-result, satisfaction, is gauged on a 1,000-point scale. To get the data, the firm polled 3,000 major appliance purchase intenders who looked at both retail and OEM sites in June and July this year.

“Often, brand websites are considered a trusted place for consumers to begin their research process when shopping for an appliance; however, the sites don’t always emphasize the importance of product reviews,” said Dan Lawlor, director of research operations at J.D. Power. “Retailer websites focus less on features and add-ons but highlight product reviews.” He says brands are missing the boat by focusing solely on product, model and feature information, without reviews.

The study finds that this year 26% of respondents say they are using mobile devices to research major appliances, up from 20% last year. Among smartphone/tablet owners, 57% access online content while at a physical store location.

Consumers who get to brand sites via desktop or laptop rank OEM sites higher than do those who use smartphones or tablets per the study. But satisfaction with retailer Web sites is higher when accessed using a tablet, compared with a desktop/laptop or smartphone. Seven in eight retailer Web sites use a dedicated mobile Web site for smartphone users, per J.D. Power, while tablet users are directed primarily to the desktop/laptop Web site. Only one retailer, The Home Depot, directs tablet users to a tablet-specific site.

H.H. Gregg ranks highest among appliance retailer Web sites because its site beats the others in speed, and its redesign includes the highest and lowest customer appliance ratings at the top of the site. Second is The Home Depot, then Best Buy and Lowe’s in a tie. At the bottom are Sears, Fry's Electronics and Menards.

GE Appliances ranks highest among OEM brand sites, with Frigidaire and Bosch coming in second and third. Frigidaire is the only brand to improve significantly year-over-year (up 24 points from 2013, which moves it from eighth place to second. The study says Frigidaire improved because survey respondents were more pleased with information and content, up by 32 points. The site now includes a tab for special offers and additional product images. Among OEMs, Maytag, Kenmore, Amana KitchenAid and Samsung are below industry average, and Thermador, Electrolux and Sub-Zero/Wolf are at the bottom.