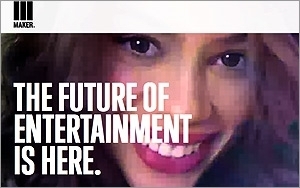 The partnership aims to produce both original programs, as well as branded content on behalf of advertisers looking to reach Hispanic millennials. According to MiTú chief revenue officer Charlie Echeverry, this is part of the new “total market” approach embraced by many marketers: “It’s no longer only the responsibility of those in multicultural disciplines to plan and execute against the Latino opportunity -- everyone along the marketing value chain is interested in these capabilities.”

This is just the latest in a series of strategic deals for MiTú. Last month, it announced a multiyear collaboration with Televisa, a Mexican media company based in Mexico City, for joint production and distribution of digital video across a variety of formats and platforms. The deal gives Televisa access to MiTú talent, in return, it will receive expanded distribution with strategic support from Televisa and may also create branded content for Televisa advertisers.

In January, MiTú struck a content licensing deal with AOL, giving the latter access to MiTú content across all AOL properties, including The Huffington Post, AOL On and AOL's Hispanic content network, Voces. And in December of last year, it announced a content deal with Univision in which MiTú will create short-form Spanish-language content for syndication on Univision's digital platforms, including UVideos among other channels.

On the financial front, in June MiTú announced that it had raised $10 million from a group of investors, including Allen DeBevoise and Upfront Ventures. The funds are being used to expand MiTú’s engineering and sales organizations and build new production facilities in Los Angeles and Mexico City.